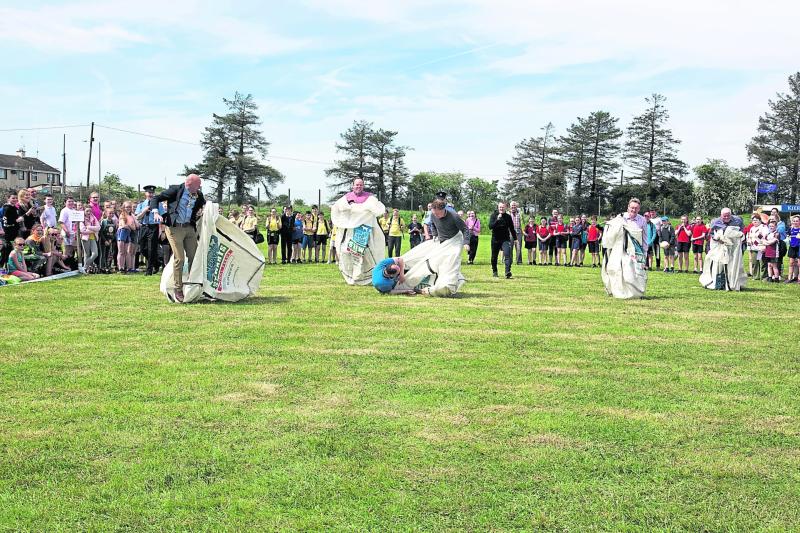 Despite having to give up a seat on foot of local election boundary changes, Granard could be the key area in terms of which party secures control of Longford County Council after May 24.

Fianna Fáíl, thanks to an agreement with three outgoing Independents, hold all the aces at present and will be looking to maintain that trend for a second successive term.

However, the party know preserving its present three seat compliment in the nothern half of the county will be easier said than done.

Both Cathaoirleach Cllr Luie McEntire and Cllr Martin Mulleady are calling time on their political careers this week, leaving Cllr PJ Reilly as the party's sole flagbearer going into this Friday's election.

And while the likes of Victor Connell, Amanda Duffy and Joe Murphy are all waiting in the wings to fill that void, it's anyone's guess as to how many of that triumvirate will be successful when counting gets underway on Saturday morning.

Fine Gael could be the main benefactors as a consequence.

Both Cllrs Micheál Carrigy and Paraic Brady are expected to comfortably hold onto their respective seats with Frank Kilbride and Garry Murtagh looking to claim at least one of the remaining three seats which are up for grabs.

Both candidates bring plenty of experience and local community involvement to the table with one being a former county councillor and the other a permanent fixture with Longford Community Resources Ltd.

But it's not just the county's main political parties which are pinning their hopes on winning seats.

Sinn Féin, on the back of a strong vote return in 2014, are quietly optimistic of making further inroads this time around.

Aughnacliffe farmer Mark Maguire is rumoured to be going down well on the doorsteps and is particularly active on social media in a bid to entice younger voters to exercise their democratic mandate.

That same sense of optimism could also be levelled at Independent Granard based candidates Grace Kearney and Turlough McGovern.

In her role as project co-ordinator with Ballymahon's Bridgeways Family Resource Centre, Ms Kearney is looking to use those community focused ties to her advantage ahead of polling day.

It's a similar tale for the man they call 'Pott' McGovern.

A farmer by trade, his election paraphernalia urges voters to back his candidacy in the interests of 'hard work and common sense'.

Turning that rallying call into votes is an entirely different matter however.

The experts would say messrs Carrigy, Brady and Reilly are nailed on certainties to be returned, leaving the remaining eight candidates fighting it out for the remaining two seats.

Mind you, the so-called experts have been wrong before.

Could they be again? All will be revealed over the course of next weekend in what promises to be one of the most keenly fought local elections for some time.