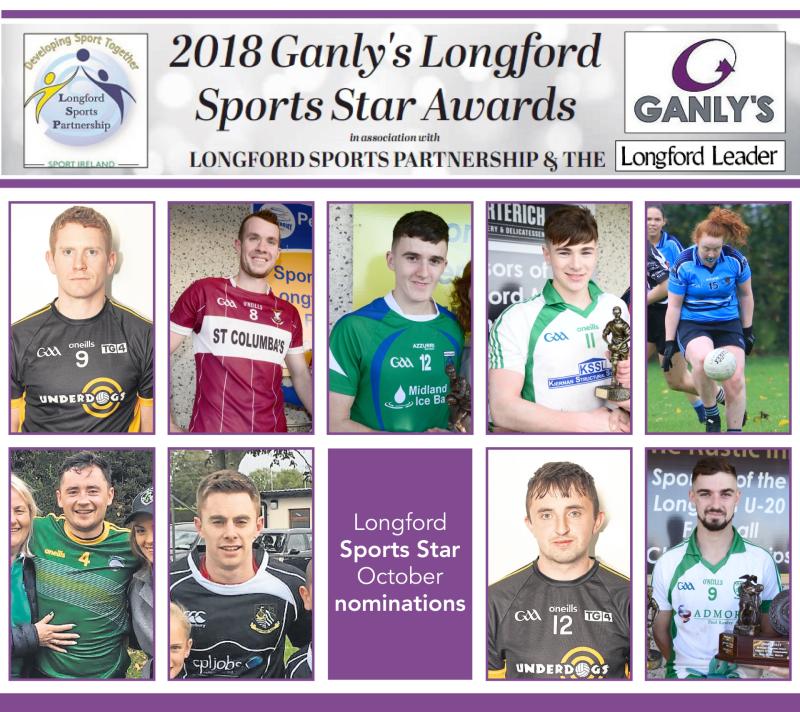 GAA Football: Jake Donnelly
Killoe captured the Minor Football Championship title for the second year in succession with a narrow win over the Carrick Sarsfields/Kenagh amalgamation in the county U-18 final. Just a solitary point separated the sides in the finish and particularly impressive for the Harte Cup holders was the man of the match award winner Jake Donnelly who scored a goal and two points.

GAA Football: Iarla O’Sullivan
It took a second final replay to decide the destination of the Gerry Hennessy Cup in the Intermediate Football Championship epic with Rathcline eventually emerging victorious against the gallant Ardagh/Moydow amalgamation at the third attempt. The man of the match award in the conclusion of the title trilogy went to Iarla O’Sullivan with the promising young player scoring three crucial points for the reigning champions in the third quarter of a cracking contest.

Ladies Football: Jessica Barry
After winning the county Intermediate title, the Longford Slashers ladies football team went on to enjoy a great run in the Leinster Junior Club Championship which was eventually ended by Old Leighlin (Carlow) at the semi-final stage. The highlight of their provincial campaign was the excellent win over the Kildare junior champions Kilcullen in the quarter-final and particularly impressive in clocking up a total of 1-6 was Jessica Barry, daughter of former Slashers and Longford star Dessie Barry.

GAA Football: Shane Thompson
Killoe created history in becoming the first winners of the inaugural U-20 Football Championship, beating the Mostrim/Sean Connolly’s amalgamation in the final to collect the Kevin Hughes Cup. The man of the match trophy went to the prominent Shane Thompson who created both Emmet Og goals and he was involved in most of their positive play.

GAA Football: David McGivney
There was just no stopping mighty Mullinalaghta who cruised to a very easy win over Abbeylara in the county final replay to complete a magnificent three-in-a-row of Senior Football Championship titles. It was a tremendous team display by all conquering St Columba’s, with David McGivney making a major impact, and he was rewarded with the prestigious man of the match award.

GAA Hurling: Johnny Casey
Slashers and Longford hurling star Johnny Casey earned the proud honour of selection on the Ireland team that played Scotland in the annual Senior Hurling/Shinty International played at Bught Park, Inverness and there was great excitement around Clondra in the build up to the big game. The match was televised live on BBC Alba, with Johnny setting up the Ireland goal in the first half, but the visitors were eventually beaten by 1-11 to 1-9.

GAA Football: Colm Flynn
Long serving Ballymahon footballer Colm Flynn was the captain of the Reality TV Underdogs team who played Dublin at Parnell Park. Lining-out at midfield, it was a honour for Colm and his club and county to be leading the Underdogs in action against the All-Ireland champions, despite the fact that the Dublin selection (featuring just three regulars Jonny Cooper, Michael Fitzsimons and Eoin Murchan) were far superior in a completely one-sided game.

GAA Football: Nigel Rabbitte
Abbeylara footballer Nigel Rabbitte, getting over the disappointment of another county SFC final loss, also featured for the Underdogs against Dublin after coming through the selection process. In the final episode of the Reality TV show with the match live on TG4 the Underdogs crashed to a heavy defeat but at least the Longford viewers got to see wing forward Nigel converting a couple of frees in the first half. 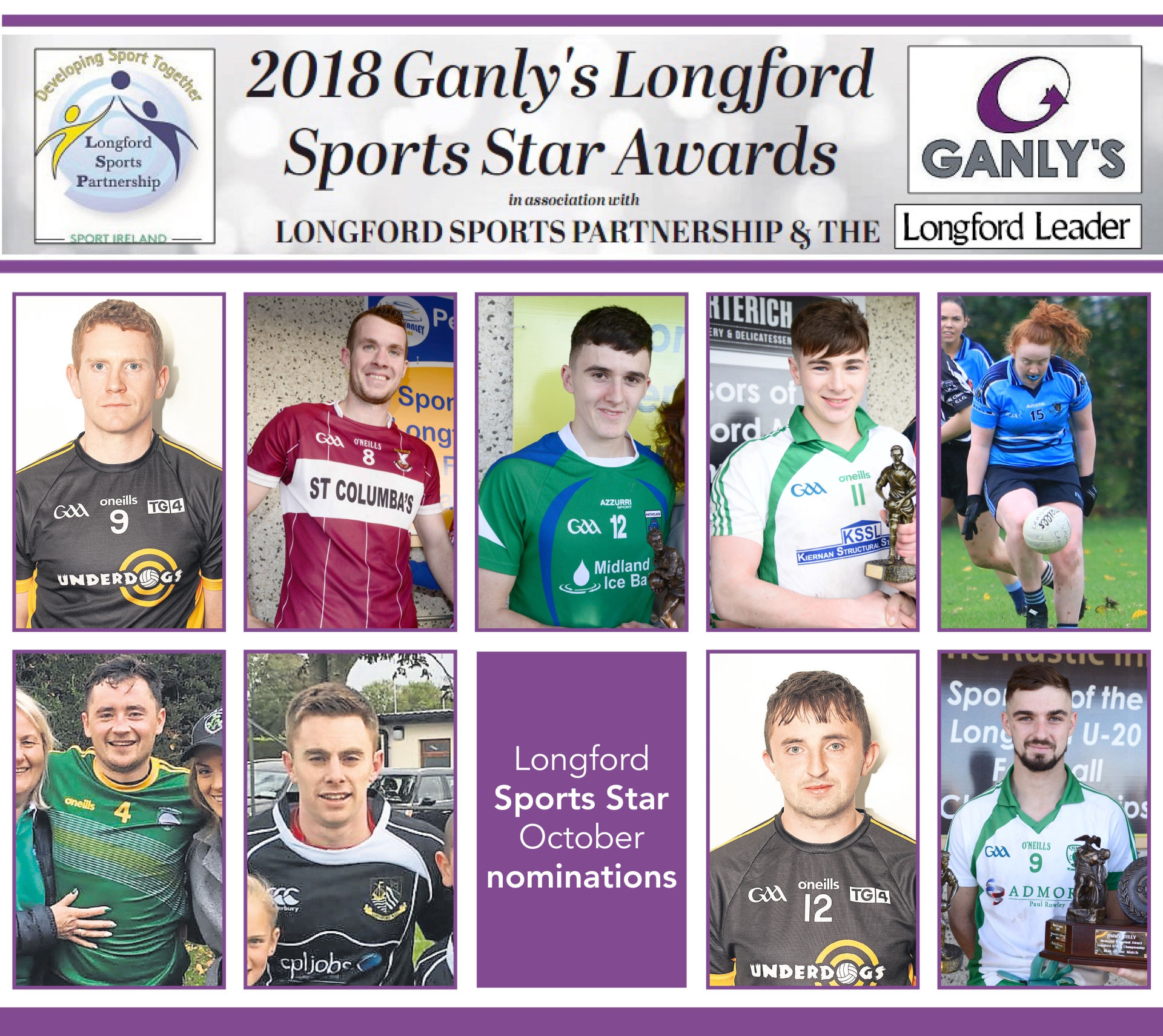 Nominations are being sought for the following awards - Hall of Fame inductee, along with awards for Junior Sportsperson of the Year, Community/Club Volunteer of the Year and Sports Ability Award.