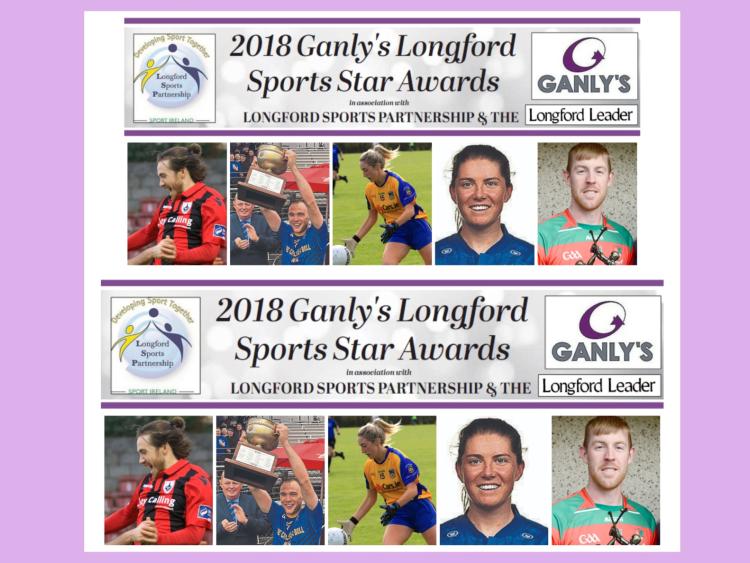 Soccer: Dylan McGlade
Longford Town’s wing wizard Dylan McGlade weaved his magic in the 4-1 win over Cabinteely in the First Division league clash at City Calling Stadium. McGlade left it late to complete his hat-trick with a couple of goals in stoppage time, one of which was a really special strike as he cut through the opposing defence before slotting the ball into the net.  A superb goal that received rave reviews.

GAA Football: Darren Farley
Longford GAA NY celebrated a historic and significant triumph after battling back to beat Monaghan NY by the minimum of margins, 0-12 to 0-11, in the New York Senior Football Championship Final at Gaelic Park. There were scenes of great joy as Longford captain, Drumlish native Darren ‘Chippy Farley, was presented with the prestigious NY SFC Trophy and his nomination for the September Sports Star award is in recognition of a really special team effort.

Ladies Football: Sarah Shannon
Carrickedmond produced an excellent display to capture the Ladies Football Senior Championship title for the first time in 31 years following their emphatic 5-7 to 0-12 win over Killoe in the final. Particularly prominent for the new county champions was ace attacker Sarah Shannon who clocked up the tremendous total of 3-5 in playing a major role in the winning of the Alison Smyth Cup.

Ladies Rugby: Ellen Murphy
Ellen Murphy from Dromard in north Longford earned the tremendous honour of selection on the Ireland Women’s senior rugby squad for the international matches in November against the USA in Dublin and England in Twickenham. One of six uncapped players to be given their chance at international level, the 24-year-old plays her club rugby with Old Belvedere in Dublin where she is based and is also the Leinster scrum half.

GAA Hurling: Seamus Hannon
Wolfe Tones Mostrim overcame Clonguish Gaels in the county final to complete a tremendous six-in-a-row of senior hurling championship titles and the winner of the man of the match award was Seamus Hannon. Right throughout the game the powerful Hannon broke through on penetrating runs and scored four points from play in providing a constant threat for the opposing defence.

If you wish to nominate anyone for a monthly award, you can do so by emailing newsroom@longfordleader.ie