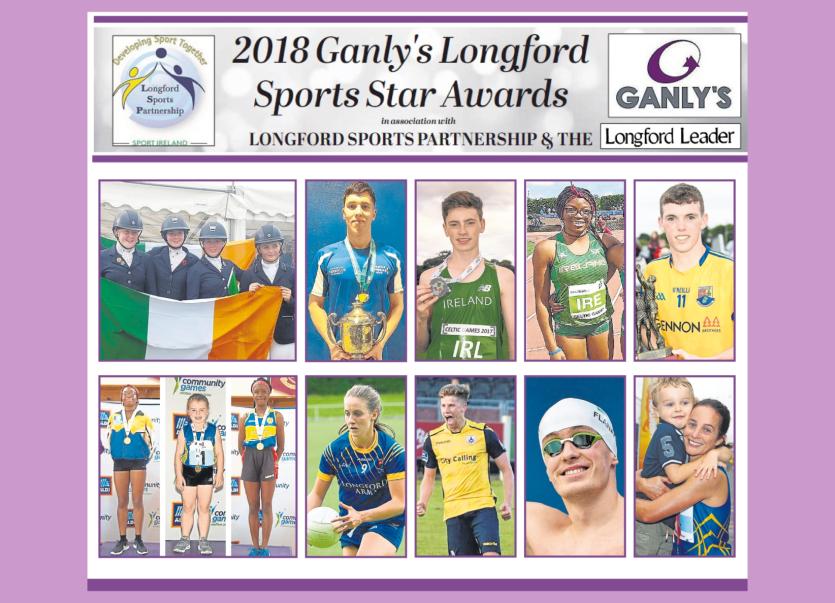 Swimming: Darragh Greene
Longford’s Darragh Greene became Ireland’s first sub 60 seconds 100m Breaststroke swimmer at the LEN European Swimming Championships in Glasgow. 23-year-old Darragh from Newtownforbes made Irish sporting history as he completed his semi-final in a time of 59.92, a magnificent performance that was also pre-validation for  the 2019 World Championships in Gwangju, Korea. That fifth placed finish in the second semi-final in the European Championships saw Darragh tie for 8th place overall with Russia’s Kirill Prigoda with Greene beaten in the subsequent swim-off against the Russian for a place in the final of the 100m Breaststroke.

Athletics: Cian McPhillips
Competing in the Men U-18 1,500m metres, Longford athletics star Cian McPhillips was first across the line in a time of 4:21.34 when representing Ireland at the 2018 Celtic Games in Grangemouth Stadium, Scotland. This latest victory merely embellished a fantastic season that was already yielded 1,500m Gold medals in the All-Ireland Schools, SIAB and AI National Juvenile Final.

Athletics: Yemi Talabi
Another of Longford’s rising sport stars, Yemi Talabi, also represented Ireland at the 2018 Celtic Games in Grangemouth Stadium, Scotland. She was in action in the Women U-18 100 metres and won the silver medal in a time of 12.33 behind Alicia Samuel of Wales. The Longford Athletic Club member made it a double silver as she was also part of the Irish Women’s 4x100m relay team that came second at the Celtic Games.

GAA Football: Keelin McGann
Longford U-16 footballers enjoyed a great run in the prestigious Gerry Reilly Cup Leinster Tournament, reaching the last four, and the highlight was their thrilling win over Down in the quarter-final at the Oldcastle GAA grounds. Trailing by 0-13 to 0-6 midway through the second half, Longford staged a terrific comeback to beat Down by two points in a dramatic finish and particularly impressive was Kenagh lad Keelin McGann who won the man of the match award.

Soccer: Jamie Hollywood
For the second year in succession Longford Town scored a superb win over Premier Division opponents Sligo Rovers in the first round of the FAI Cup in causing another notable upset. Jamie Hollywood was the hero at the Showgrounds as he scored the decisive only goal in the 65th minute, much to the sheer delight of the loyal Town supporters who made the short trip to Sligo.

Ladies Football: Michelle Farrell
The inspirational Michelle Farrell was the star as the Longford ladies retained their Intermediate status for next year with a 3-13 to 2-10 win over Fermanagh in the All-Ireland Championship relegation play-off at Sheelin Park, Ballymachugh. Longford were trailing by six points at one stage but Fermanagh could not contain class act Farrell who led the comeback in ending up with a total of eight points.

Swimming: Patrick Flanagan
There was heartbreak for Longford swimmer Patrick Flanagan as he narrowly missed out on a bronze medal by 0.26 of a second in the final of the Men’s 400m Freestyle S6 at the European Para Swimming Championships in the Sport Ireland National Aquatic Centre. The 21-year-old UCD student swam brilliantly and was pipped for third place by Israel’s Yoav Valinsky. Patrick also featured in the final of the Men’s 200m Individual Medley SM6 and reached the final of 100m Backstroke S6, finishing in fifth place.

Community Games: Mostrim’s Golden Trio
Longford participants acquitted themselves admirably at the second stage of the Aldi National Community Games Festival in the University of Limerick with Mostrim’s Gold medal hat-trick the highlight. Talented sprint sisters, Yemi and Funmi Talabi, struck gold in the U-16 and U-14 100 metres events respectively while Izzy Masterson captured a third gold medal for Mostrim in the U-8 60 metres final.

Athletics: Adrianna Melia
Local athlete Adrianna Melia was crowned Longford’s 1st Lady after she was the first woman to cross the finishing line in the 17th Longford Marathon sponsored by Pat the Baker. Adrianna, who became the first Longford native to win the Longford Marathon in the Women’s category, ran the race of her life in smashing the 3 hours barrier to clock up a superb time of 2:58. 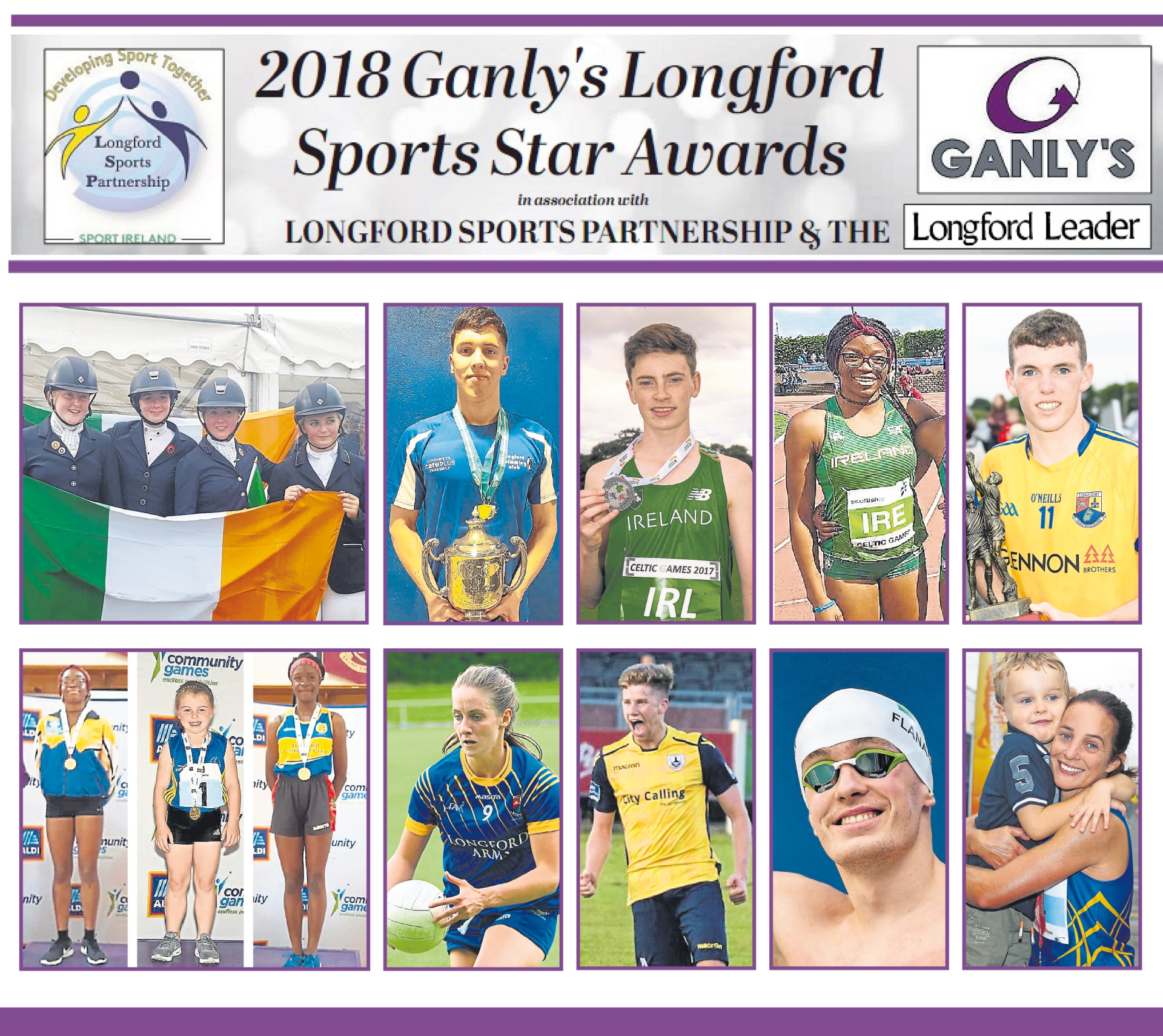 If you wish to nominate anyone for a monthly award, you can do so by emailing newsroom@longfordleader.ie