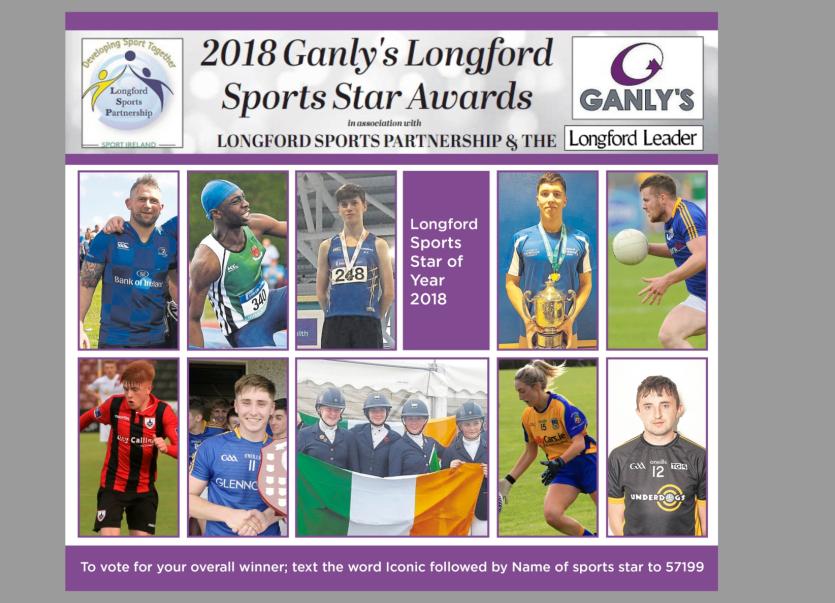 Voting time in the public text vote to decide the overall 2018 Ganly’s Longford Sports Star of the Year, in association with Longford Sports Partnership and the Longford Leader, has been extended.

Voting lines were due close at 12 noon on Thursday, November 15, however, voting time has been extended by a further 24 hours and will now close on Friday, November 16 at 12 noon.

Voting commenced on November 7 before an unforeseen technical issue arose. This has now been rectified.

Longford Leader Managing Editor Alan Walsh said, "We wish to apologise for the difficulties which arose during the voting process. It was an unforeseen technical matter beyond our control which we are glad to report has now been resolved. Any votes registered and acknowledged prior to the issue emerging will count towards deciding the overall winner. The voting lines will remain open until 12 noon on Friday, November 16."

The ten monthly award winners (January to October) complete the shortlist for the coveted overall title and to vote for your winner; text the word Iconic followed by the name to 57199.

“Texts cost €1 plus standard network charges. SP Sremium 0818220818. You may receive promotional messages in the future.”

You can vote for your favourite as follows;

Tickets for the Ganly’s Longford Sport Star Awards, €35, are on sale and tickets can be purchased at reception in the Longford Leader office, telephone 043 33 45241. 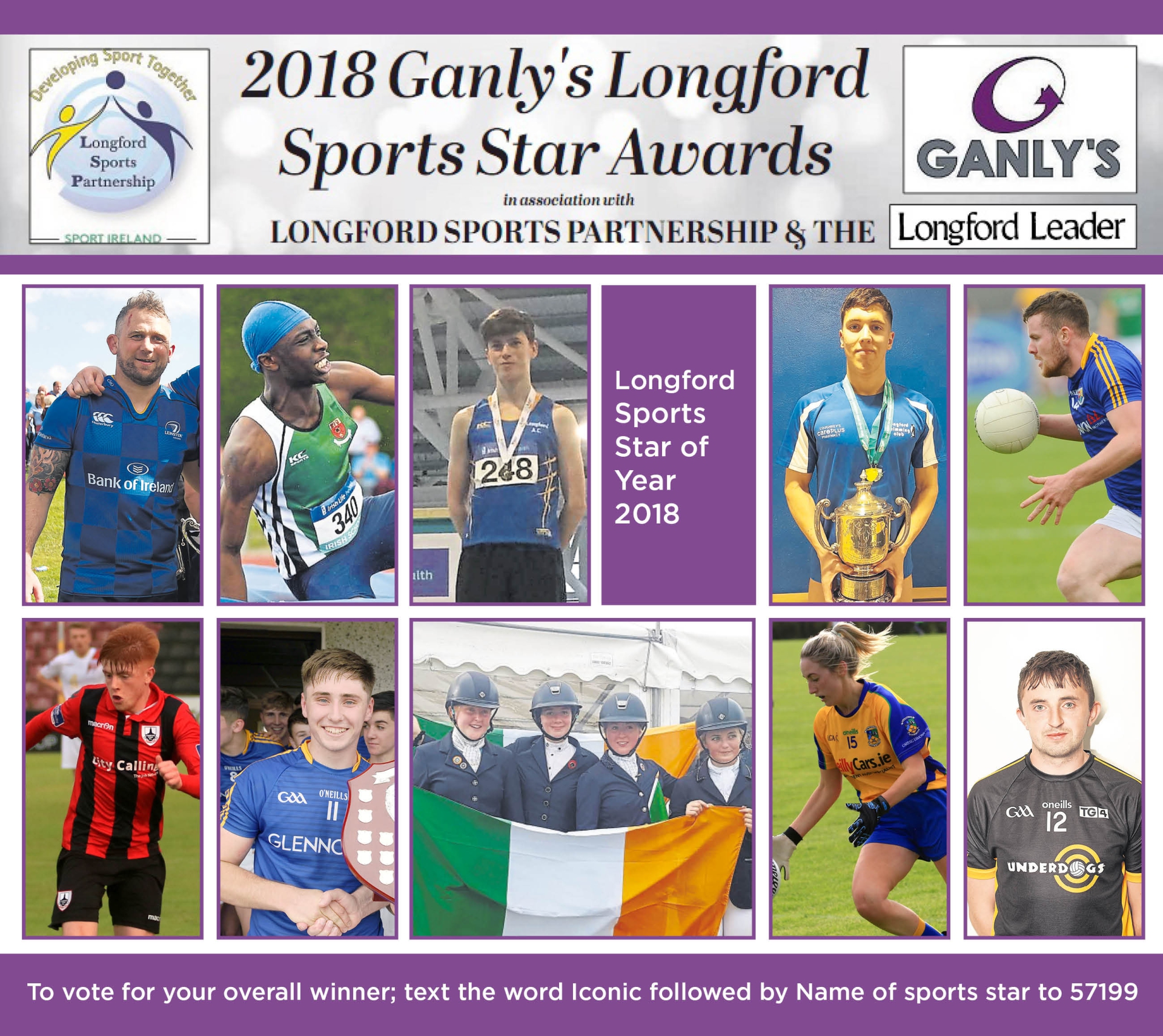 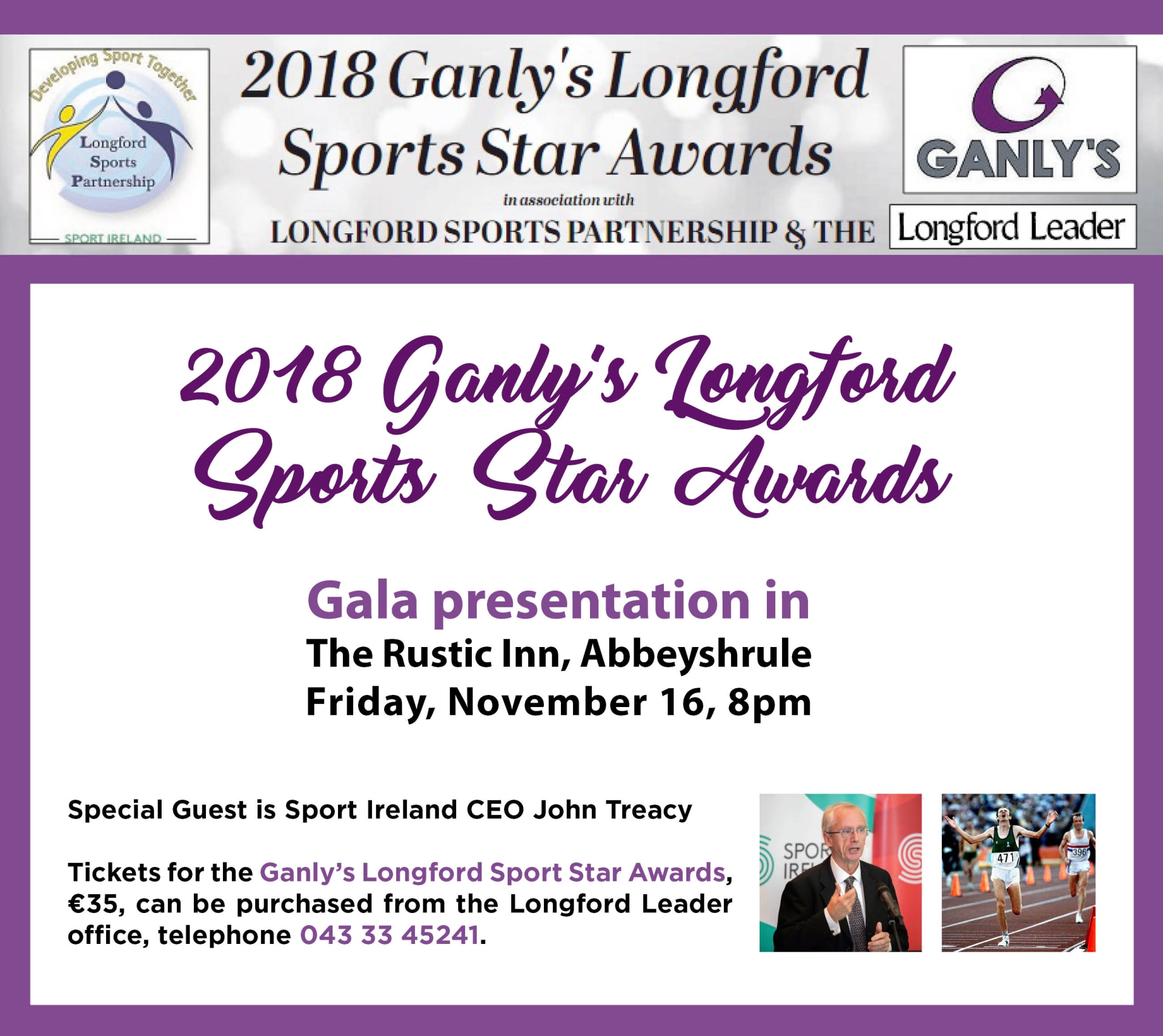