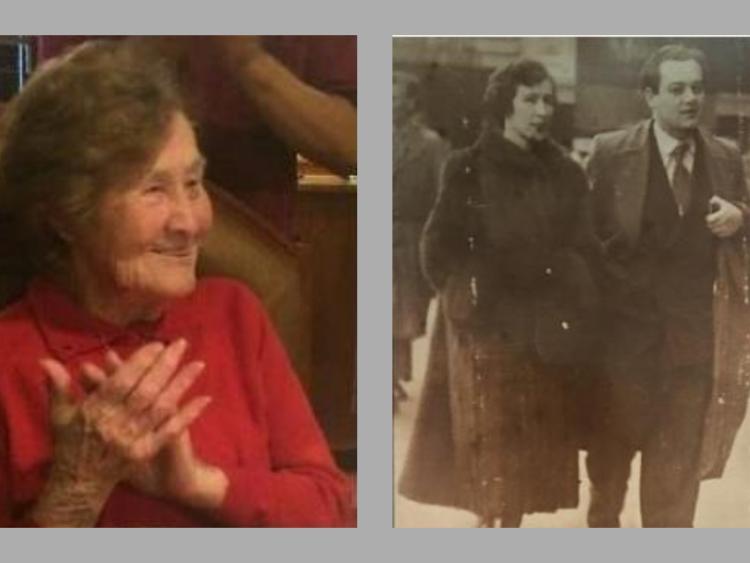 Longford native, Margaret Rose ‘Dolly Jones’ O’Reilly, died peacefully at her New York home on the morning of Wednesday, July 12, in the company of her devoted husband of 63 years and her family.

Margaret, known as ‘Dolly’ to friends and family, was born on October 1, 1918 in Moyne, County Longford.

Daughter of Thomas and Susan Jones, ‘Dolly’ was the last surviving sibling of her generation. Tremendously proud of her birthplace, her heritage, and the Jones family, she was equally proud to become an O'Reilly, an American citizen, and a New Yorker.

She emigrated to New York City in 1948, with a remarkable acumen for both fashion and business. She was especially proud to sell women's shoes at Lord & Taylor's, where she was so successful selling in volume that the company took her off commission and placed her on salary.

Predeceased by her daughter Susan, she is survived by her husband and other children, their spouses, twelve grandchildren, and numerous beloved nieces, nephews, and descendants around the globe.

Trained in nursing in Kent, England, during the Second World War, Dolly worked as a nurse's aide in the Royal Hospital and as a home healthcare aide while raising her own children in the Morris Park section of the Bronx, New York.

She moved to Cortlandt Manor in 1994, where she has lived since in the company of her husband, son Patrick, daughter-in-law Karen, and grandchildren Susan and Mary.

In lieu of flowers, the family would be grateful for a donation to The Fatima Center, Servants of Jesus and Mary, 17000 State Route 30, Constable, NY 12926 or Memorial Sloan Kettering Cancer Center, 1275 York Avenue, New York, NY 10065.