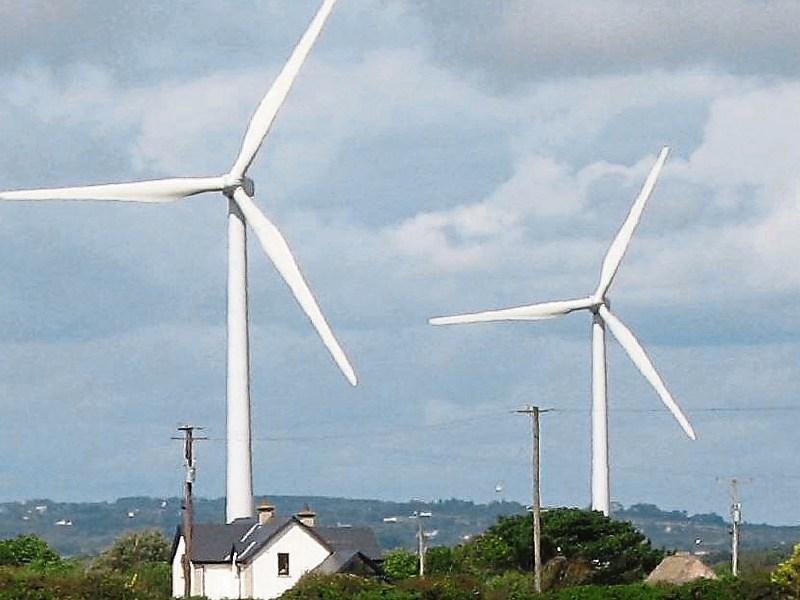 A High Court judge has allowed An Bord Pleanála permission to appeal his decision to quash a planning permission granted to a subsidiary of Bord na Móna to build a windfarm to the Court of Appeal.

The application relates to a 24-turbine windfarm, which if constructed to its maximum dimensions, would be the joint tallest structures in Ireland, with a tip height of 185m.

Government leaders are facing fresh calls this morning to advance plans for a mid Shannon Wilderness Park in the wake of a High Court decision to overturn planning permission for a 24 strong Bord na Mona Windfarm in south Longford.

In his judgement earlier this year Mr Justice Richard Humphreys upheld a challenge brought by environmentalist Peter Sweetman against the proposal to build a windfarm - Derryadd Wind Farm - at Mountdillon Peat Production Bog, near Lanesboro, in Co Longford.

The judge quashed the permission on grounds including that the application to build the windfarm did not contain the level of detail required to allow the planning authority grant permission.

The law firm who successfully managed to lead a High Court challenge against a controversial wind farm in south Longford has said discrepancies with EU planning regulations proved crucial in winning the case.

Mr Sweetman's action is against An Bord Pleanala, Ireland and the Attorney General.  The developer of the proposed windfarm, Bord na Móna Powergen Limited, is a notice party to the proceedings.

Arising out of the judgement the board and the developer sought permission from the judge to appeal the decision to the Court of Appeal.

In a ruling on Tuesday the judge said he was prepared to allow an appeal of his decision on the basis that "the practical operation of the planning system would be enhanced by the clarification of certain questions, albeit not those formulated by the board."

The judge said that the board, in seeking leave to appeal the decision had stated that the judgement has extremely wide-ranging implications. That concern, he said, was "overblown."

"I do not think that the implications of the judgement are as theatrical as suggested."

Likewise claims by the developer in its application to have the matter referred to the COA "slightly overcooks" the implications of the decision, he added.

The judge added that the developer had also suggested that the court could consider referring questions arising out of the judgement it would deem appropriate to the COA.

This was the approach that the court intended to take, the judge said, adding that perhaps the issues raised in the case might benefit from "a leapfrog" appeal direct to the Supreme Court.

The points of exceptional public importance to be referred to the COA relate to Irish domestic law, he said.

The judge added that before the order granting leave to appeal is perfected, he was also giving Mr Sweetman an opportunity to consider if he wishes to cross appeal any aspect of his decision.

Permission to construct the windfarm was granted in June 2020. As the proposed windfarm was deemed to be strategic infrastructure the developer made the application directly to An Bord Pleanala.

In his action Mr Sweetman claimed the board had erred in law in accepting an application without an appropriate level of detail in respect of design contrary to EU law and domestic Planning & Development Regulations 2001.

The plans and particulars lodged by the developer in respect of the turbines which is one of if not the largest series of structures ever to be constructed in Ireland had no detail in terms of their design relative to their particular siting and were completely inadequate, it was also argued.

The documents lodged showed virtually no detail and no specific detail and given the scale and extent of the development, and the likely consequences and impacts, it was impossible to formulate any definitive findings in respect of the windfarm's impact, it was further claimed.

The board and the notice party both opposed Mr Sweetman's application.