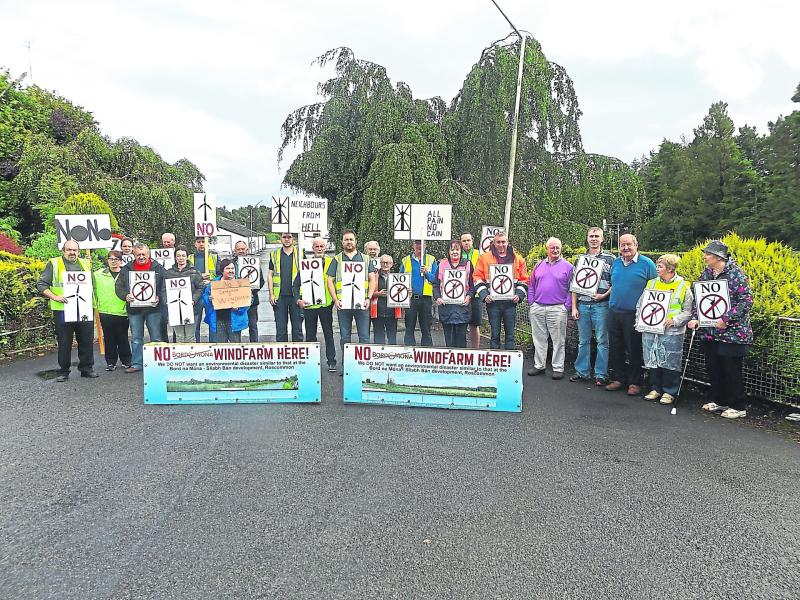 Government leaders are facing fresh calls this morning to advance plans for a mid Shannon Wilderness Park in the wake of a High Court decision to overturn planning permission for a 24 strong Bord na Mona Windfarm in south Longford.

Committee members aligned to the 'No to Derryadd Windfarm' group issued the plea following yesterday's judgement by Mr Justice Richard Humphreys to rescind An Bord Pleanala's decision to grant planning permission for the controversial development.

"That's what should come out of this now," said PRO Niall Dennigan.

"Bord na Mona, Longford, County Council and the Government should come together and make this happen under the Just Transition (Fund).

"The decision made by the court should, in our view, open the gateway to developing a mid Shannon Wilderness Park."

Mr Dennigan went on by suggesting this week's announcement by leisure giant Center Parcs to undertake an €85m expansion of its holiday resort in Ballymahon could also feed into those plans.

"I think there should be a coming together between Center Parcs, Longford County Council and the Hidden Heartlands (brand) about using the lands that are there as a link and a real chance to now develop eco tourism in the area."

Mr Dennigan, meanwhile, paid tribute to environmentalist Peter Sweetman and his legal team for carrying the voices of the opposition group all the way to the High Court.

In his judgement, Mr Justice Humphreys agreed with Mr Sweetman the planning application did not contain the level of detail required to allow the board to grant permission.

He said if constructed to the maximum dimensions, the height of the proposed windfarm’s 24 turbines would be the joint tallest structures in Ireland.

"We were always confident (over impending High Court decision) given that there are so many EU directives and all of the talk about the rewetting of boglands, it's the only story in town."

The Leader has made approaches to Bord na Mona for a response to yesterday's decision and is currently awaiting a response.