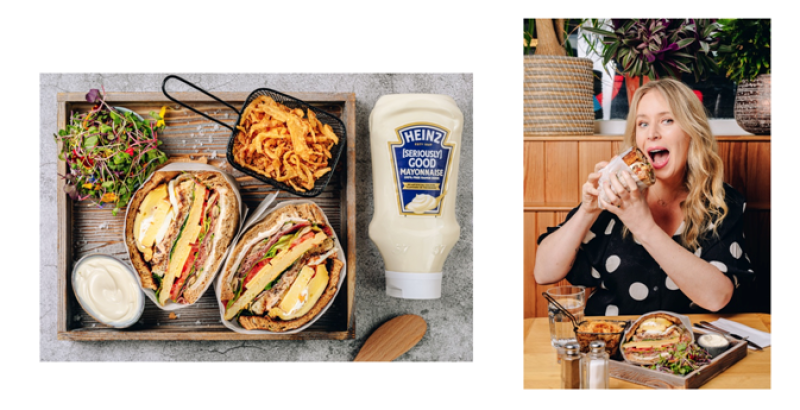 A local Longford ingredient has made it into the Heinz All-Ireland mega sandwich which brings together one ingredient from every county.

The ingredients were nominated by the public.

One of Longford's most accomplished traditional musicians is to be honoured with one of the industry's top awards.

Chosen by David Adams, Head of Heinz Ireland, and Dee Laffan, food writer and presenter, the final recipe has been released ahead of the All-Ireland final on Saturday, September 11.

See the 32 sandwich fillers below by county, including Longford's own Herterich Artisan Meats:

David Adams, Head of Heinz Ireland, said: “Our final recipe represents all of the wonderful local produce Ireland has to offer and is the perfect inspiration for a halftime treat to make at home ahead of this Saturday’s final. We’ve designed our sandwich in layers – one fish, one meat and one cheese – with it all held in place by four different types of bread and of course lashings of our Heinz [Seriously] Good Mayonnaise. A bit like an ultimate club sandwich.

“Thanks to everyone for nominating their favourites and for helping us celebrate Irish produce this summer.”

Success for Longford trainer at Kilbeggan

Commenting on the final recipe, food writer, presenter and sandwich selector, Dee Laffan, said: “This was such a fun competition to be involved in and to be able to witness such county pride for food producers across the island was incredible. I love that part of my job is to champion Irish food producers, but to see the public get behind their local favourites was really something special.

"This list of winning ingredients represents the fact that we have amazing producers and farmers across the entire island of Ireland. It makes you realise what’s available on your own doorstep, but also that supporting Irish is supporting local.

“The winning sandwich is a work of art in itself! I think the best thing about it is you can break it down and eat it in parts or use the list of winning ingredients to create so many delicious sandwich variations yourself!”

Linking to the well-known saying ‘Mayo for Sam’ slogan, referring to the Co. Mayo football team’s quest for the cup, the new bottle was launched to mark the 70th anniversary of Co. Mayo’s last win at the All-Ireland Final in 1951.

And with Co. Mayo reaching the 2021 final, there’s a final chance to grab a bottle for €3 through www.heinztohome.ie.