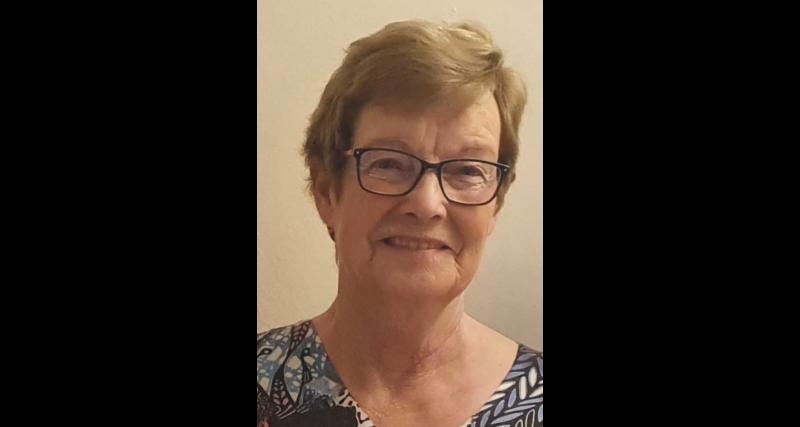 A wave of sadness and genuine regret was felt in the parish of Granard and indeed further afield on Monday, August 30 as the news became known that Jeannie Dawson of Leitrim, Coolarty had passed to her eternal reward following a very short illness.

Jeannie was predeceased in April 2001 by her husband Tommy and in January 2012 by her son Damien and also by her sister Margaret and brother Sean.

Jeannie Murtagh was a native of Muckerstaff, Coolarty and on her marriage to Tommy Dawson she just moved to the next town land of Leitrim.

To say that Jeannie Dawson was one of our local great characters would be an understatement as she was a lady who was known throughout the entire parish and indeed loved by all.

Jeannie loved a joke and a bit of banter and with a mischievous glint in her eye she'd start a debate especially when she had the right audience and just when she'd have it going right she'd leave.

A founder member of Killeen Dramatic Society, Jeannie was a professional when she stepped on the stage and many will have great memories of her many performances in Killeen Hall and more recently in the Community centre in Granard.

Who from that time could forget Jeannie playing Nana Glavin in John B Keane's great play 'Sive' as she sat there poking the fire with her shawl around her shoulders and she smoking her 'ould dudeen of a pipe' or perhaps the following year when she played the young Peg in 'Many Young Men of Twenty' and with her brilliant singing voice she gave us the story of that play with such gusto.

Jeannie's portrayal of the title character of O'Casey's Juno and the Paycock will live in our memories forever and bore great proof, as if it was needed, of the producer's, the recently deceased Brendan O'Byrne's great ability in picking his cast.

Over the years Killeen played to packed halls as the audience knew that with actors like Jeannie Dawson and many more they were in for a great nights entertainment and as recently as 2014 they packed the Community Centre several nights with Jeannie playing the title role in 'The Maiden Aunt'.

As well as the stage and drama, Jeannie was very much involved in many more organisations in the parish and was a very committed supporter of St Mary's GAA club, Granard and the Ballymore Ladies Team and also of the local schools and both herself and Tommy were great fundraisers for whatever committee they were on.

Jeannie was a strong minded person who believed in speaking her mind and if something needed to be said, she said it but she always respected everyone else's opinion also.

Life was not always easy for her and the sudden deaths of her husband Tommy in 2001 and her son Damien in January 2012 were hard blows for her and took their toll on her but Jeannie continued on and got involved in the Moatsiders and volunteered in Siopa Lus na Gréine where she loved spending time.

Unfortunately Jeannie's health began to fail in the past few weeks and while she kept going she was hospitalised on Friday, August 27 and she passed to her eternal reward, peacefully on Monday morning, August 30.

Her remains were removed from Smith's funeral home on Tuesday evening, August 31 to her beloved St Mary's Church, where she worshipped in good times and sad, and it was flanked by a number of  guards of honour from the various organisations she was involved in.

Her funeral Mass was at noon on Wednesday, September 1 and her colleagues from Killeen Dramatic Society stood in honour as her cortege travelled on the final journey to Granardkille cemetery where she was laid to rest beside Tommy and close to Damien.

We offer sincere sympathy to her son Thomas, daughters in law Orla and Lorraine, granddaughters Aoife and Sorcha, brother Benny, sister Collette (Maureen), many friends and neighbours at this very sad time. May she rest in peace.