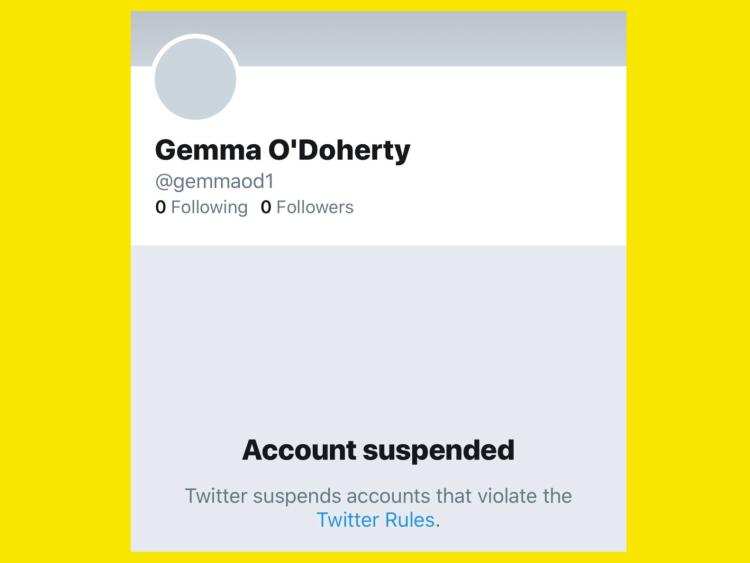 For a period of time this morning (Thursday, June 13), the account was suspended by the social media giant, however, it has since been re-activated.

Ms O'Doherty's recent posting of a photograph, featuring thirty-one pupils from a Longford primary school, without permission of the school or the parents of the children, on social media platforms, with the accompanying words ‘Irish people are quickly becoming an ethnic minority in many towns’ incited much unwanted and negative online commentary.

Reacting to the suspension of Ms O'Doherty's twitter account, Aneta Safiak, a mother of one the children in the photograph, who also confronted Ms O'Doherty during her YouTube live stream from Longford town, tweeted; "Credit to all in Longford and around the country. Free speech is a privilege and shouldn't be abused."

Following a deluge of complaints and requests from a variety of sources, including the Longford Leader, Ms O'Doherty's post featuring the photograph was removed by both Twitter and Facebook.

Twitter cited violation of their rules against posting private media of an individual from a country with a recognised right to privacy law as the reason.

And Facebook also removed it as they deemed the post went against their community standards on hate speech.

Unfortunately, by the time the post was removed, it had gone viral, even gaining considerable traction among white supremacists in the United States.

Thank you. Credit to all in Longford and around the country. Free speech is a privilege and shouldn't be abused.