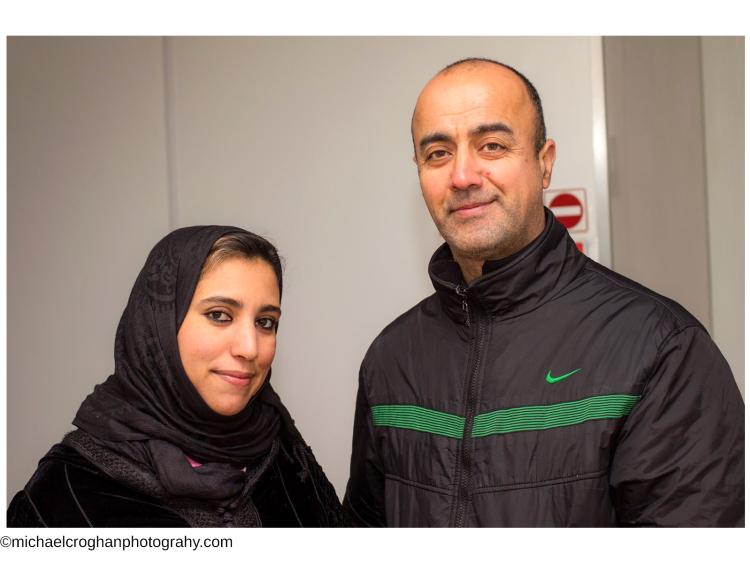 Aram Usefiyan and his wife Miriam, who run the Organic shop on Great Water Street in Longford town and had a visit from Gemma O'Doherty PICTURE: Michael Croghan

Aram Usefiyan and his wife Miriam are the team behind the Organic shop on Great Water St, Longford town. Their names and lives were thrust into the spotlight in recent weeks, after Gemma O’Doherty livestreamed her visit to the shop.

Aram had originally thought Ms O’Doherty was only seeking to take pictures of some of the produce in his store, though unbeknownst to him she had another agenda.

Although the incident caused a huge media storm, Aram and Miriam were not too discouraged by the events. Aram admitted the incident was a bit of a shock, but says he does not blame Gemma for her actions and says every country has people who share her beliefs on multiculturalism.

“I don’t blame her, because it happens; even in my home country you find people like that,” he remarked.

“She has (the) right to say what she likes, because everyone is different. The public can decide if she is right or not.

Aram wished to thank people from all over the country who called in and sent messages and letters of support.

Aram said, “I would like to give my thanks to everybody that sent postcards to us and came to visit us personally. People from all over the country.

“I even got phone calls from some other people.

“We are here six years. We know how people in Ireland are and how nice the people are here. That is why we are living here. Here it is peaceful, people are friendly and we are safe here.”

Aram, who is Kurdish and hails from the border of Iraq/Iran, first moved to Ireland with his wife Miriam in 2013. Political problems in his home country and the chance of having a better life are what spurred the former sculptor and painter to make the move from the Iraq/Iran border to settle in Longford town on Great Water street.

“My home town is between Iran and Iraq. We have family in both of them. I used to work as a sculptor and painter,” he told the Leader.

Believe it or not, all it took was one solitary trip to Longford for Aram to choose his new home.

“I had some friends here and they used to work in this shop here.

“I came once to meet him and I liked it here, so I stayed,” Aram smiled.

“It is a nice place to live, especially for families. I used to live in different countries, but I found in Ireland the people are different,” he added.

After meeting his Moroccan wife, Miriam, through friends in common in the UK, the Usefiyan family have since made Longford their home and they have embraced all aspects of Irish life. Together they now have a four-year-old son, Iyaan, who will commence his primary education in St John’s NS this coming September.

“Now, Ireland is a part of us,” his wife Miriam added.

“We have many Irish friends and customers,” Aram continued.

Miriam told the Leader her favourite aspects of life in Ireland are the inclusivity, equality and friendly nature of its people.

She said, “When I go to the park, people always say hello and have a nice smile for everybody. People also have no problem with being Muslim or for wearing this or that.

“This is my country now. We only go back to Morocco for holidays.

“If somebody says something bad about life in Ireland, I will stop them. Because our life is here now.”