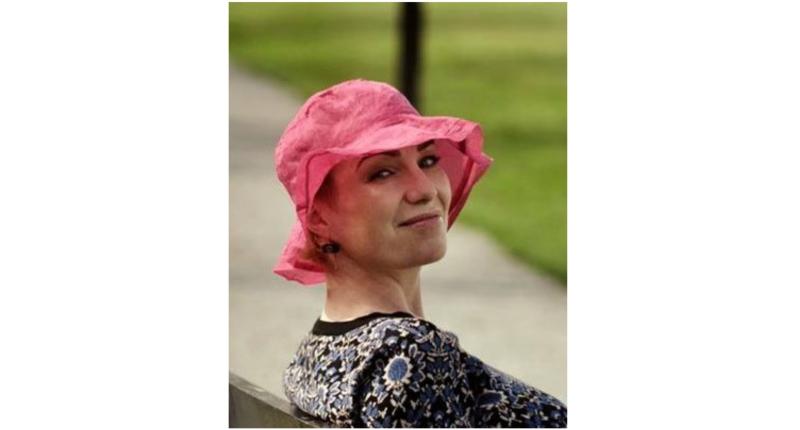 A woman who confronted Gemma O'Doherty while the EU election candidate was on a walk-through of Longford town yesterday evening has spoken out about her fury at the use of her child's image to further what has widely been referred to online as a "racist agenda".

Aneta Safiak dropped everything when she heard Ms O'Doherty was in Longford, so that she could go out and have what she hoped would be a two-way conversation. A video, which surfaced online, showed Ms O'Doherty trying to escape the local mother when confronted.

Ms O'Doherty began a live video yesterday evening outside the Longford Leader offices alongside James Reynolds of the National party. They had just arrived at St Mel's Cathedral when Aneta approached.

"This was my only chance to face her and to speak to her and I had to take it," Aneta told the Longford Leader this afternoon.

"Somebody texted me the link to her post and told me she was in Longford. I was in my pyjamas and slippers. My children were going to sleep. I didn’t have any makeup on. But this was my only opportunity. I knew that if I sent her a Facebook message or commented, she would ignore me because she doesn’t reply to people on Facebook.

"This was my only chance to face her and to speak to her and I had to take it."

As Aneta approached Ms O'Doherty, she said that the latter was very friendly until she realised that Aneta was the mother of one of the boys pictured.

"I am a five foot, small, heavily pregnant woman and I waited for her at the cathedral and she was all smiley and nice. But as soon as I said I was the mother of one of the boys in the photo, she didn’t want to talk to me," she explained.

The video does not show any of the people involved but Aneta can be heard politely asking if she could speak with Ms O'Doherty, to which the latter responded "Are you going to abuse me?"

Ms O'Doherty then made attempts to avoid speaking to the local mother, saying "I don't want to talk to you at the moment if you don't mind".

"Because I don't really want to," Ms O'Doherty replied as she quickly walked away from Aneta.

I salute the Longford mother who called the self-professed racist a "c**t" for sharing her son's photo online.

"You shared a picture of my son, share yours if you want to"

"My son is Irish"

Speaking to the Longford Leader this afternoon, Aneta said: "And then she ran away from me into the cathedral. I thought there was a mass on in the cathedral because the lights were on, so I didn’t follow her. If I had known it was empty, I would have."

When living in her native Poland, Aneta explained that she worked for a local radio station for five years: "And she said she used to be a journalist? Well I expected more from a journalist. I expected her to stand up for what she believes in and to argue with me and to tell me why she thinks I’m wrong - not run away," she said.

"She started her video in front of the Longford Leader and she said she hopes that some of the journalists would come out and speak to her. She seemed so brave and courageous. But when I came out to speak to her, she ran away.

"I was furious because a picture of my son and his friends was used by her. My son in that picture was among those that she called Irish because he is a white, blonde boy. And he is Irish. He was born here. He speaks fluent English and he speaks Irish. And it was so offensive to me because she used him to point out that his friends are, in her view, lesser than he is," said Aneta.

"She mentioned a couple of times that she used to cover court cases… pity none of them were about copyright. Because she didn’t follow copyright law. She just used the picture as her own."

Aneta is one of several parents who are hurt and furious at Ms O'Doherty's use of their children in her recent social media post. Her fury came through in her exchange with Ms O'Doherty. But, Aneta explained, she's not proud of her use of the 'c' word.

"That’s not me, what I said. In my 15 years living in Ireland I have never, ever used that word," she said. But, she added, it happened in a moment of anger when she faced the woman who put a photo of her son up online without consent.