Ballyleague and Lanesboro saddened by the death of Imelda Sweeney 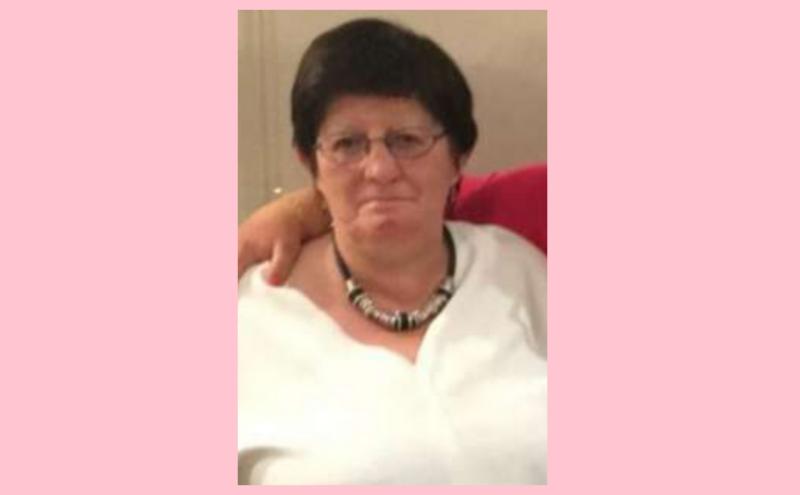 The communities of Ballyleague, Lanesboro and Strokestown were shocked and saddened on Thursday, April 2 last when news broke of the sudden death at her residence on the Strokestown Road of Imelda Sweeney, Ballyleague, Roscommon and formerly Strokestown.

Imelda was predeceased by her parents Packie and Florrie and her brother Tim.

Imelda turned 60 on Wednesday was seemingly in great form on the day as she was joking with a friend whose birthday was on the following day.

Imelda was a popular figure in the community and the amount of people that commented to me on how they enjoyed her company for it fun and wit.

Invariably when you seen Imelda you also seen her daughter Florence. There was an incredible bond between both ladies.

Imelda will be sadly missed by everyone that knew and enjoyed her company. Our community will also be the poorer for her warmth and homeliness and we are all the less by her absence.

Due to the current restrictions on wakes and church services due to the coronavirus we all missed paying our last respects to her family, but we deeply feel the pain of her family.

Her remains were laid to rest in Cloontuskert Cemetery on Saturday last, April 4.

We would like to extend our deepest sympathy to her daughter Florence, sisters, Anne, Margaret, Breege, Loretta, brothers Michael and James, nephews, nieces, aunts, relatives, neighbours and many friends.