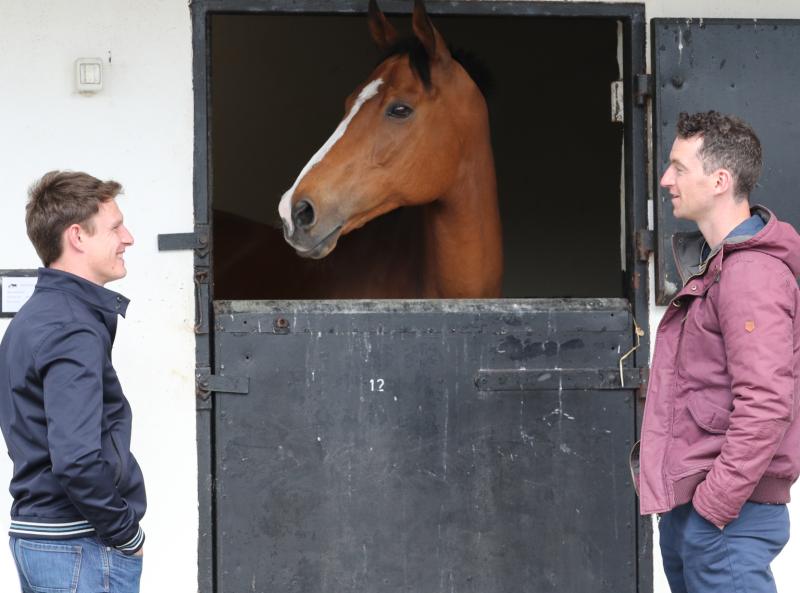 Paul Townend and Patrick Mullins with the recently retired Faugheen at the Irish National Stud.

The Irish National Stud at Tully, was delighted to recently welcome Champion hurdler Faugheen to join the ‘Living Legends’ team in a well-earned retirement alongside former stablemate Hurricane Fly as well as other famous figures Beef Or Salmon, Hardy Eustace, Kicking King and Rite Of Passage.

Faugheen is best known for winning the 2015 Champion Hurdle and back-to-back Christmas Hurdles in 2014 and 2015. His best performance came in the 2016 Irish Champion Hurdle for which he was rated the best two-mile hurdler of the 21st century. His final victory came at the 2020 Dublin Racing Festival as Faugheen rolled back the years and brought the house down with an emotional victory in the Grade 1 Novice Chase.

Earning over €1 million in prize money he became known by his admiring public as “Faugheen the Machine”. He finished his racing career with 17 wins in 25 races and 11 Grade One wins. Trained by multiple Champion trainer Willie Mullins he was partnered to Grade 1 victory by Ruby Walsh, Paul Townend, David Mullins & Paddy Mullins. The son of Germany was bred in Galway, by the late Dr John Waldron and was looked after and ridden out throughout his time in training by John Codd.

Faugheen has arrived at the Irish National Stud where he has been settling in with his fellow living legends.

Chief Executive of the Irish National Stud and Gardens, Cathal Beale, said: "It is a great thrill to welcome Faugheen to the Living Legends Team at the INS. A graduate of the Irish P2P field he became the highest rated hurdler of the 21st century but it was at Leopardstown Christmas festival where his incredible guts, class and determination to win were seen at their best. Like all the greats he will be measured not just by his wins but by his response to the many setbacks he faced throughout his career."

Owner Rich Ricci of Faugheen said: "Faugheen is indeed a legend - not just for his exploits on the racecourse, but for the place he occupies in many racing fans' affections. He has been an honour to own and while we will miss him, we are delighted he has retired to the wonderful Irish National Stud and can be seen and shared by the public." 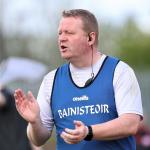 Allianz NHL Division 3A Round 4

Needing a positive result to avoid relegation to the bottom tier of the National Hurling League, Longford lost out by a point against Monaghan in a frantic finish to the Division 3A clash at Glennon Brothers Pearse Park on Saturday.