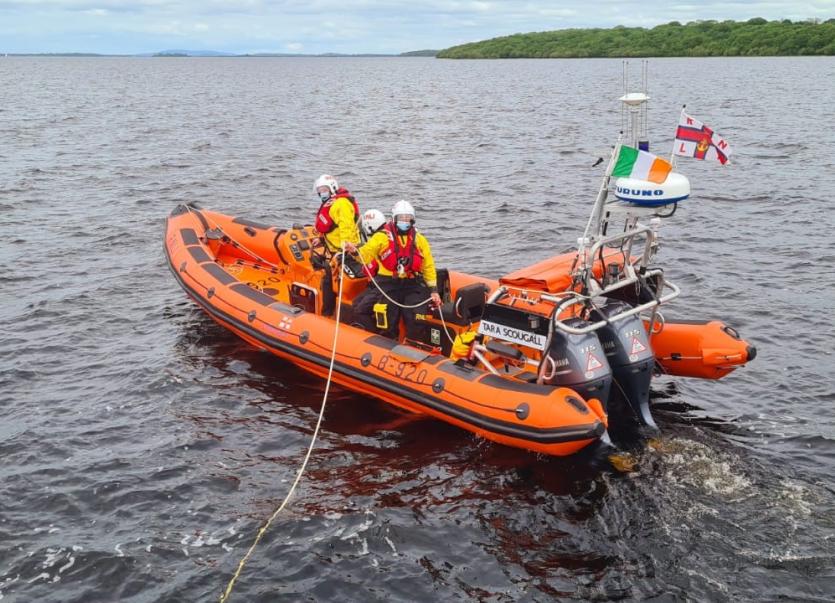 Lough Ree RNLI volunteer lifeboat crews came to the assistance of two cruisers on the lake this weekend taking seven people to safety.

Just after lunchtime on Saturday (5 June) the Lough Ree RNLI volunteer crew responded to a call from a cruiser with five people on board which was grounded on Kids Island near Lough Ree Yacht Club.

On reaching the scene a line was attached to the grounded cruiser and it was taken on tow off the rocks and escorted to Coosan Point.

In the second incident, on Sunday evening (6 June) a member of the public raised the alarm when a cruiser seemed to be in difficulties in Portrunny Bay.

Under helm Tom Bradbury the Lough Ree RNLI lifeboat ‘Tara Scougall’  with a volunteer crew on board reached the scene at 6.35pm and following assessment the boat was towed off the rocks and escorted to Portrunny on the Roscommon shore.

In the first week of June the charity has come to the assistance of eleven people in difficulty on Lough Ree and as the summer season gains momentum volunteer lifeboat operations manager Jude Kilmartin has reminded all of those who use the lake to ‘equip themselves fully and ensure that they are familiar with navigation maps and guidance for Lough Ree.’

He also said that ‘the volunteer crew at Lough Ree RNLI are always on call to assist those in difficulty and asked that they call emergency services at the earliest opportunity.’

Late Anne Ryan remembered as a quiet and gentle lady

Cllr PJ Reilly has called on Longford County Council to give an update on when funding will be allocated for safety and realignment works at the Perth Cross junction.

Leaving Certificate students and their Transition Year counterparts held their annual end of year awards ceremony last week in what was an occasion to savour for all concerned.