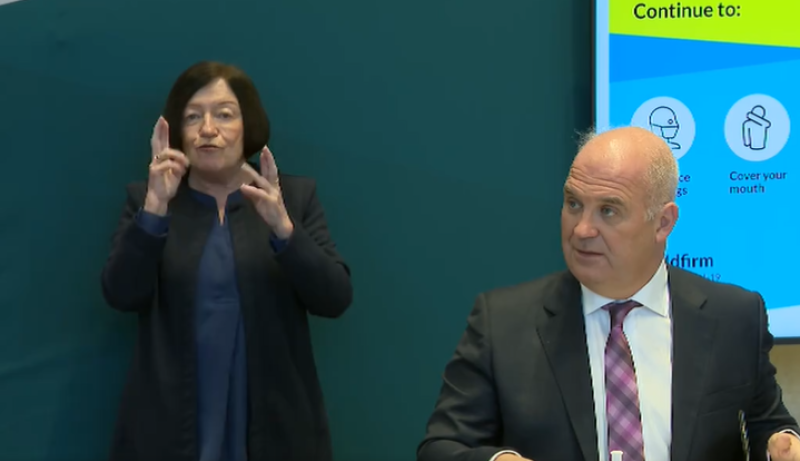 Adherence to public health measures is substantial across the Irish population but "not quite at the level we need".

Chief Medical Officer, Dr Tony Holohan, made the comments during the latest NPHET press conference today in response to a query about whether there is any reduction in the numbers of people socialising.

Dr Holohan said, "We're still seeing high levels of socialising right across the population. We understand that the message is a difficult one for people to hear and to adhere to in the way in which they live lives. We've all become tired of the pandemic and we understand why that is."

According to the doctor, a combination of vaccination and adherence to public health measures is reducing likely transmission of the virus from a potential reproductive number of six to eight, down to "something in the region of less than 1.5 which is where we are at the moment".

He believes small improvements made by the collective might be sufficient "to bring this back under control".

He said, "When our force of infection is so high there's an amplification effect, if you like, in terms of the numbers of cases. So we're simply socialising at a level in broad terms that we simply can't sustain."

Dr Holohan urged people to "cut contacts" and to think ahead about events and whether the number of people attending can be reduced by half.

He also encouraged people who are still not adequately vaccinated to get the booster when it's time.

The doctor stated that data shows the boosters are working well and that they offer protection quickly; however, NPHET could not provide a timeline of when under 50s can avail of them.