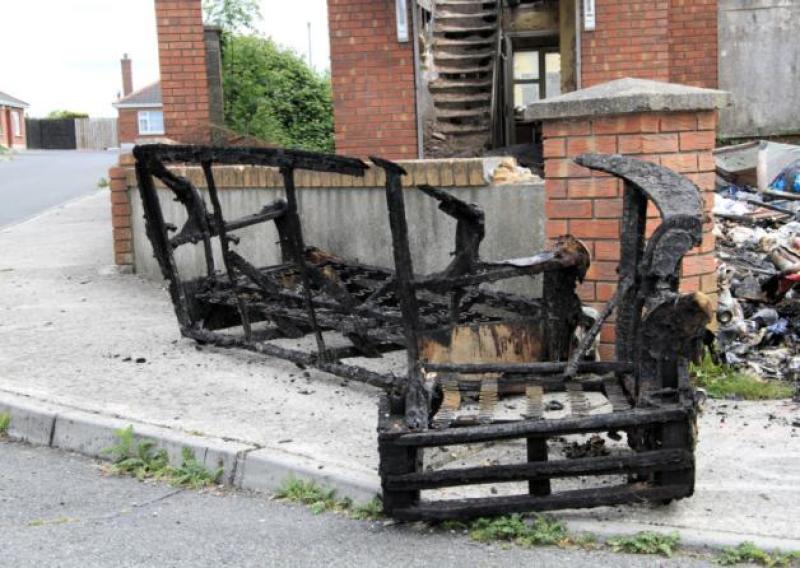 Council officials came under pressure at a meeting of Longford County Council this afternoon in the wake of a series of revelations made over the state of Longford town's Ardnacassa Avenue and Colmcille Terrace in Granard.

Cllr Seamus Butler raised concerns over a location in the former estate, which he claimed was being used as an "open dump".

The Fianna Fáil group leader, in welcoming the arrival of a new derelict sites policy, said it was imperative the council took a tough handed approach to the owners of abandoned properties.

"What this is is the broken window syndrome where we have sites used as a dump and then it's onto another," he said.

"And that brings in a psychological atmosphere of anything goes."

Cllr Butler said it was essential the council's new derelict sites policy was proactive and not just reactive to troublesome hotspots, insisting the new initiative must not be allowed to "gather dust".

He said residents were growing increasingly concerned over whether a major multi million euro refurbishment, first earmarked in May 2018, was still in train.

"There was a fanfare with it back then and there was talk of 20 houses being refurbished," he said, revealing local residents were planning to hold a meeting over the situation.

"Tuath (approved housing body) was supposed to come in but we've heard nothing. It's an absolute disgrace as there are houses there that are infested by rats and mice.

"It's unfair on the residents up there who are keeping their houses up to standard, it's just not on.

"The residents up there deserve better than that," he said.

It's understood Longford County Council and representatives from Tuath are due to hold a meeting concerning Colmcille Terrace on November 24.