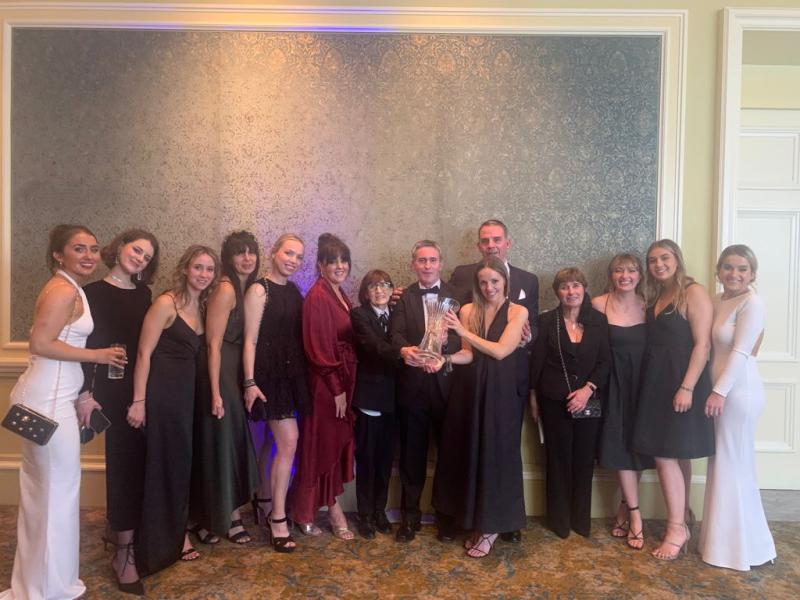 Hundreds of retailers from across the country entered the competition earlier this year with the top 30 making it through to the organisation's awards final.

The Longford store, which underwent a major refurbishment earlier this year, saw off competition from leading and high end department chains including Arnotts and Brown Thomas to claim the competition's top prize.

Speaking afterwards, its owner Louise Brennan said the accolade was one which she put down to a long and collective team effort.

"We were delighted that our store was short-listed for such a prestigious award, but to come in first place in such a competitive field is just amazing," she said.

"I'd like to sincerely thank the Fabiani team, everyone who worked on our new store earlier this year and all our loyal customers for making this award possible."

It's not the first time, the Longford outlet has come in for national recognition.

In 2018, it was named Independent Retail Business of the Year at the inaugural Irish SME Business Awards.

Longford Chamber of Commerce president Fiona Fenelon said the honour was one which underlined the midlands town potential as a key shopping destination.

"It's fantastic," she said. "It's great to see a Longford business flying the flag by winning such a prestigious award.

Ms Fenelon said the distinction was testament to the store's dedication and relentless drive for excellence.

"It's an incredible achievement," she said.

"Well done to Louise and all the fantastic team in Fabiani."

Other winners at last night's awards included Aboretum, Your Home & Garden in Carlow which was named National Retailer of the Year and online baby nursery and toy business kaliedy.com which scooped the ecommerce retailer of the year award.