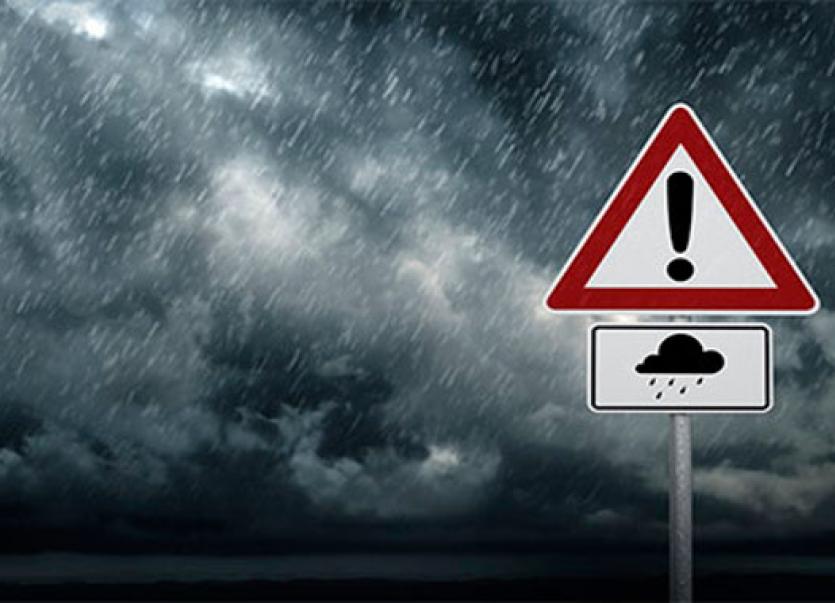 Met Éireann has issued a weather warning for heavy rain for Sunday evening and into Monday for most of Ireland.

Also read: Cannabis grow house and €23,000 worth of other drugs discovered during Arva bust

Rain on Sunday night into Monday morning will lead to accumulations of between 20 to 25mm quite widely, with higher totals possible in upland areas.

According to Met Éireann, the rain is likely to be preceded by a period of snow in parts of Connacht, Ulster and north Leinster, before turning to rain later in the night.

As the ground is saturated at the moment and river levels are elevated the combined effect of rainfall and snow melt may lead to some localised surface and river flooding.

The warning is in place from 8pm on Sunday until 8am on Monday.

The weather forecast for Saturday for Ireland from Met Eireann is for a mix of bright spells and scattered blustery showers today. Some of the showers will be heavy with hail and risk of thunder, with some sleet possible in northern parts of the country. Daytime highs will range 4 to 7 degrees generally, but reaching 8 or 9 degrees near the south coast. Winds will be fresh to strong and gusty west to southwest, with gales or strong gales on north and northwest coasts. Cloud will thicken countrywide this afternoon.

According to Met Eireann, outbreaks of rain will push into the southwest this evening, spreading countrywide tonight. Some persistent, and at times, heavy falls, will occur through parts of Munster and south Leinster overnight, with accumulations leading to local spot flooding in these areas. Minima will range plus 1 and plus 3 degrees in the north to between 4 to 7 degrees further south. Southwest winds will ease and back southerly before falling light over much of the country, however a strong and gusty westerly wind will affect southwest Munster and the south coast.

Also read: Longford mum tells of ‘massive’ help Jack & Jill have been to her and three-year-old daughter

The weather forecast for Sunday for Ireland from Met Eireann is for a damp or wet start to the day. This will soon give way to sunny spells and scattered showers extending from southwest during the morning. Becoming largely dry for a time during the afternoon, before cloud thickens from the southwest once again on Sunday evening, bringing outbreaks of rain. Highs of 5 and 7 degrees, generally, but 8 or 9 near the south coast. Gusty northwest winds at first, will ease and back southeast in the evening.

On Sunday night rain will become widespread, falling as sleet and snow in the north initially but turning to rain as the night goes on. Temperatures will be as low as zero or plus 1 degrees in the early part of the night in the north, but will rise to 10 or 11 degrees through the night as strengthening southeast winds veer southwest and bring milder air over the country.

Rain will clear early on Monday morning with showers following. The westerly winds will be very strong through Ulster with showers there turning wintry. The strong southwest to west winds will gradually ease by Monday evening. Day time temperatures of 7 to 9 degrees early on will fall quickly through the afternoon and will bottom out at plus 1 or 2 degrees overnight Monday night.

A nationwide forecast and outlook covering the next week can be found here. https://t.co/9gKN6SVok4 pic.twitter.com/IkX7hiU3uY