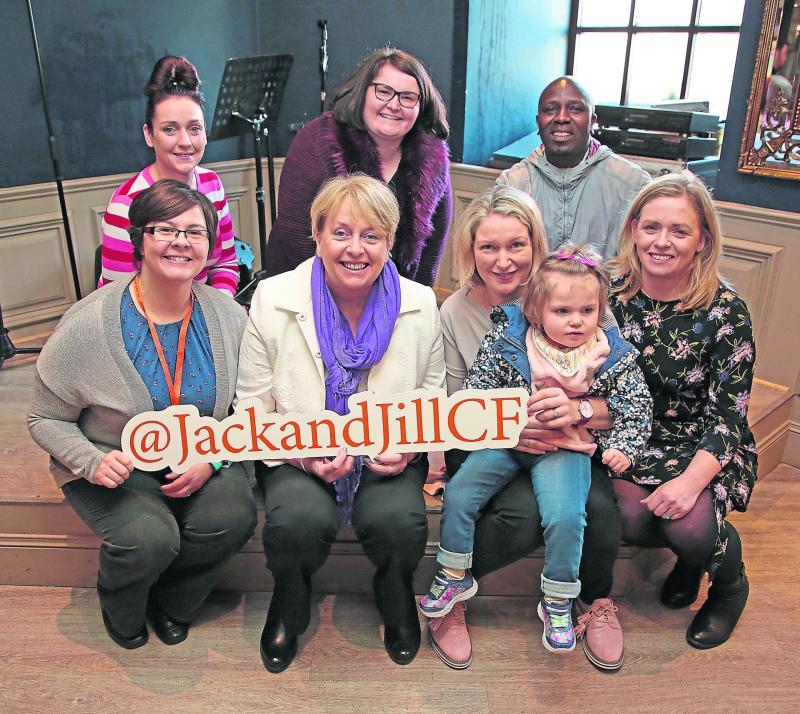 A mother of two has spoken of how a leading children’s charity has proven instrumental in providing invaluable respite care to her three-year-old daughter.

Caroline Szczerbowska paid a glowing tribute this week to the assistance she and her husband have received from the Jack and Jill Foundation in caring for the couple’s eldest daughter, Sofia.

Ms Szczerbowska said the level of support had been immeasurable both physically and emotionally.

“Sofia’s under Temple Street (Children’s Hospital, Dublin) for neurology,” said Caroline, as she spoke to the Leader during a Jack & Jill get together in the Longford Arms Hotel last week.

“It was through them that we got the support for her.

“At the time she needed a nurse, but now she has a carer because she can’t do anything for herself. She can’t feed and she’s not able to walk.”

In singling out the dedicated work of liaison nurse Cathy Keighery and her fellow colleagues, Caroline said the sense of confidence brought about by being able to call on the services of Jack & Jill staff has enabled her to hold down her own job, albeit on a part time basis.

In light of those revelations, she delivered a robust message to whatever the make up of the next government, the need for greater State backing was patently clear.

“It’s not just the support you get, it’s also the feeling of being able to talk to somebody,” said Caroline.

“They (Jack & Jill) need more funding because they don’t get it from the HSE.”

Jack and Jill provides nurses and respite service to the parents of children who were born with severe neurological and developmental delays.

Its CEO Carmel Doyle said the service currently offers home help to six Longford based families, bringing to 60 the number of households countywide it had provided assistance to since 1997.

Like Ms Szczerbowska, the Jack and Jill chief made a pitch to those presently leading government formation talks to remember the efforts its frontline staff were continuing to make on a daily basis.

“We get less than 20 per cent of what we require and have to raise €3.5m every year to keep going,” she said.

“We would be saying embrace Jack and Jill and we save the State thousands of euro and give us more backing to do what we do because with Jack and Jill the money really does follow the patient into the home.

“Just look at our county breakdown which will prove it, but unfortunately we need extra support to keep going. We shouldn’t have to raise 80 per cent of what we need to provide such a vital service to children.”

*One such initiative the charity are currently running is through a novel ‘Jack & Jill Lego Drive’.

As such members of the public who may have old lego lying around at home are being asked to donate it by bringing it to the DPD centre in Lanesboro in Roscommon.