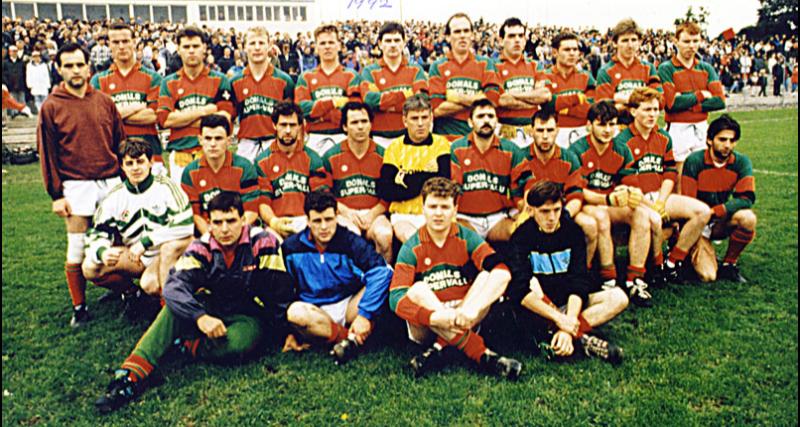 Mullinalaghta St Columba’s are no strangers to the Longford senior football championship roll of honour in recent years, capturing the Connolly Cup for three years running from 2016 to 2018.

Indeed, their 2016 triumph was the first senior success for the ‘Half Parish’ after a 66 years lapse and in December 2018 Mullinalaghta went on to dominate the national spotlight following their historic giant killing exploits en-route to winning the AIB provincial club title, including a memorable Leinster final victory over Dublin’s Kilmacud Crokes.

Longford SFC Final: Mullinalaghta will be hard stopped but Mostrim will show no fear

While Mullinalaghta were always going to be serious contenders for the 2021 county title such is their great pedigree that reached the pinnacle with the historic Leinster club title triumph in December 2018, one would have believed that Mostrim were going to be the other last team standing in the quest for Connolly Cup glory!

Mostrim, by contrast, on Sunday, will be appearing in their first county final since emerging triumphant on September 13, 1992 over Sean Connollys. That was Mostrim’s third occasion to win the Sean Connolly Cup and they’ll be keen to bridge that 29 years gap when they face off against Mullinalaghta.

If Mostrim are looking for a Harry Houdini type character to lead them to Senior Championship glory this Sunday then Ray Hussey is undoubtedly it.

As sporting customers go, Ciaran Fox is as cool as they come. The Mullinalaghta St Columba's boss is on the cusp of returning the former Longford senior champions to the county’s top table for the first time since 2018.

A powerful second half performance, after they trailed by 1-2 to 1-5 at half time, helped Mostrim to glory over Connollys on a 3-9 to 1-7 scoreline.

Analysing that ‘92 final in the Leader, the late Eugene McGee wrote:

“The 1992 Longford county final started as a match but ended as a massacre. In the process Sean Connollys dreams of winning their title since 1917 were smashed to smithereens by a rampant Mostrim side who played inspired football in the second half. Proof of this is in the scoring statistic which tells us that Connollys failed to score in the final 23 minutes of the game and during that period Mostrim scored two goals and six points.

“This was a marvellous championship triumph for Mostrim who surely won the 1992 title the hard way. Their policy of bringing in young players this year and last has certainly paid dividends and might be a lesson for some other clubs in the county. The men who did most to win the final included Joe McEnroe, Jack Lynn, Tony Garvey, Brendan Doherty, Bernie Connell, Philip Donoghue, Gerry Lynn and Mickey O’Hara.” 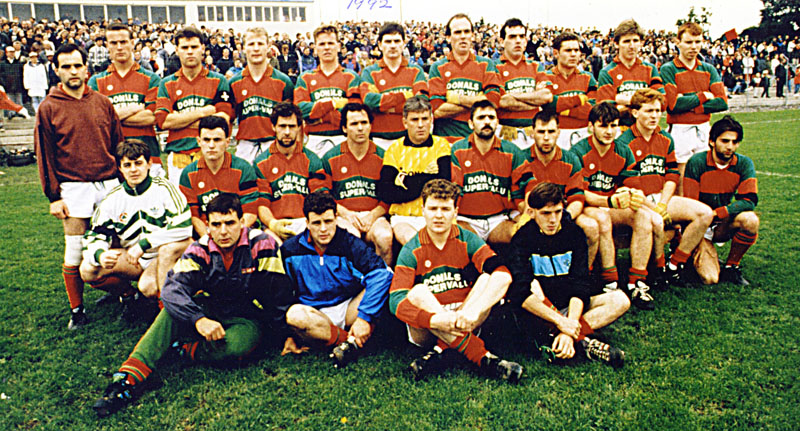