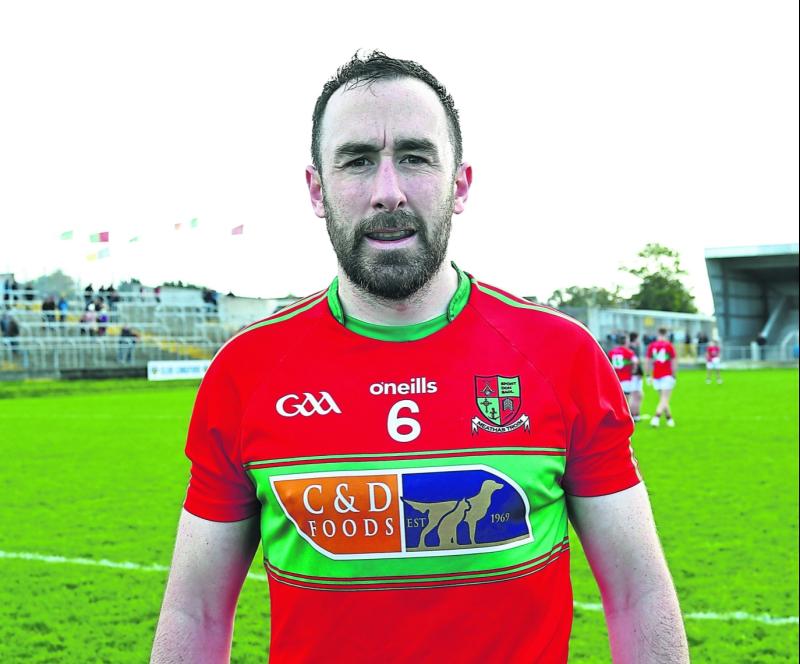 This Sunday, Kiernan finally gets his chance to dine at football’s top table against a side many believe already have one hand on the Connolly Cup.

For the cordial and soft spoken project manager, it’s the chance to put the seal on a season which a little over eight weeks ago looked all but doomed to failure.

“With the whole Covid situation, the team only had two or so weeks together and it probably came a bit soon.

“A bit of soul searching went on and a few things changed. Dessie Dolan Snr parted ways with the club and it left Ray (Hussey) and Eddie (Doherty) in charge who were only really selectors last year.

“Brian Noonan and John Coyle came in after as did Michael O’Hara, guys who are Mostrim through and through.”

The latter’s father Mickey, ironically was a member of Mostrim’s all conquering 1992 county senior champions.

Whatever about that fresh injection and switch to a more localised management, confidence remained at a low ebb.

A focus on upping the squad’s all-round fitness levels alongside a range of tactical tweaks, none more so evidenced than by a decision to withdraw talisman Brian Farrell from the full forward line into a deeper, midfield role, soon reaped the richest of dividends.

Less than a week after losing out to Killoe in the Covid delayed 2020 county final, Longford Slashers were the first victims of a reinvigorated Mostrim, courtesy of a 15 point trouncing in the first group games of the championship’s 2021 equivalent.

Defending champions Killoe, alongside Dromard and most recently Colmcille, were likewise dealt with,making it seven games without defeat.

“The belief was always there and when we got that first win, momentum took over and winning became a bit of a habit,” said Kiernan.

The Mostrim skipper is knowledgeable enough to realise those habits will be given the sternest of examinations against 2018 county kingpins Mullinalaghta St Columba’s on Sunday.

“We know we will be up against it,” he said, of the opponents his side faces this weekend.

“They have achieved an awful lot over the past few years with their incredible three-in-a-row.

“They have an immense squad, we know that. But we have a lot of positives too, we have a mix of youth and experience who will show no fear.

“It will be a massive challenge and hopefully, on the day, we can overcome it.”

Seven games unbeaten and with the tag of underdogs suiting them down to the ground, it’s a challenge Shane Kiernan and Mostrim cannot wait to take on.