Longford SFC Final: Mullinalaghta will be hard stopped but Mostrim will show no fear 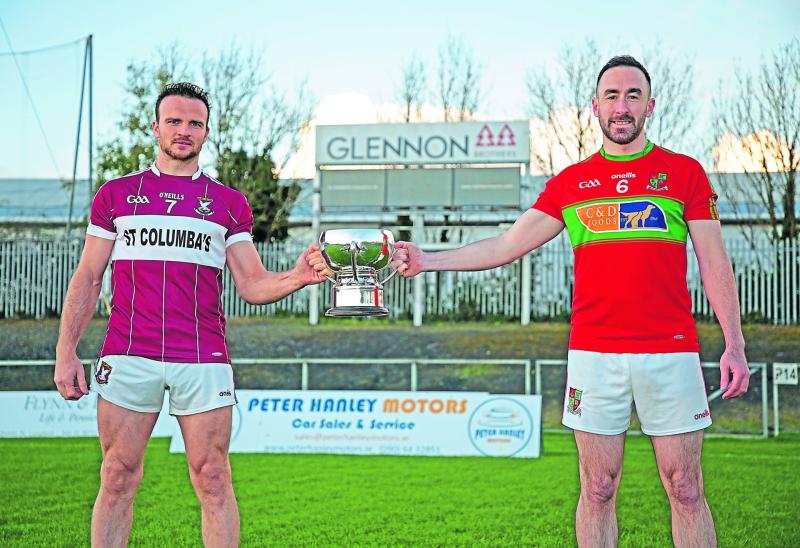 While Mullinalaghta were always going to be serious contenders for the 2021 county title such is their great pedigree that reached the pinnacle with the historic Leinster club title triumph in December 2018, one would have believed that Mostrim were going to be the other last team standing in the quest for Connolly Cup glory!

The stage is now set for a most intriguing title decider at Glennon Brothers Pearse Park on Sunday next (throw-in 3pm) and there is tremendous excitement in Edgeworthstown with the club contesting the senior football championship final for the first time in 29 years.

The current manager Ray Hussey was a member of the Mostrim squad on the last occasion his club  were crowned the kings of the county back in 1992 (beating Sean Connolly's in the final) and he deserves a lot of credit for inspiring the underdogs to achieve what most people thought was going to be a mission impossible this year.

Edgeworthstown appeared to be in complete disarray when they were hammered by Killoe in the Covid delayed 2020 semi-final back at the end of August and after suffering a demoralising 14 points defeat (1-20 to 1-6) on that dark day the chances of making a decent impact in the current championship campaign appeared to be very slim.

Written off by many in the aftermath of the very poor performance against Killoe, Mostrim have managed to stage a remarkable recovery and the manner in which they destroyed the 2019 and 2020 beaten finalists Longford Slashers in the opening round of the group stage was a taste of better things to come.

Edgeworthstown, powered by the impressive Brian Farrell at midfield, played exceptionally well to win by the astonishing wide margin of 15 points just a couple of weeks after the collapse against Killoe in the concluding stages of the 2020 championship.

That momentum was carried into the remaining group fixtures with wins over Carrickedmond, Fr Manning Gaels and Killoe along with a draw against Colmcille as Mostrim unexpectedly ended up top of the table in the round-robin stage of the championship.

Mostrim then produced their version of the great escape when a last gasp goal from Seamus Hannon saw them snatch a fortunate victory over Dromard in the quarter-final but there was a lot to admire about the determined manner in which they dismantled a well fancied Colmcille side in the first half of the last four clash.

Having built up a commanding 2-7 to 0-2 lead at the break with Tiarnan Hussey (son of the manager Ray) scoring the crucial goals, Mostrim stuck it out against the strong wind on the changeover to emerge victorious on a 2-10 to 0-10 scoreline.

The other star in that slick performance was the razor sharp Darragh Doherty who fired over a total of seven points and he and young Hussey are clearly the dangermen in the lively Edgeworthstown attack.

Big midfielder Brian Farrell and courageous captain Shane Kiernan at centre-half-back are a couple of other vital cogs in the well oiled Mostrim machine and the outsiders will be going all out to give it their best shot in the bid to cause a major upset in Sunday’s final.

The Coyle brothers Martin and Fintan, along with Seamus Hannon, Daniel Connell and Padraig Joyce, are also well capable of making their presence felt in the battle for the county title.

Whether Mostrim are good enough to make that happen remains to be seen but after growing in confidence along the way on a tremendous unbeaten run they will show no fear against the might of Mullinalaghta.

After suffering a surprise defeat against Slashers in the 2020 semi-final, St Columba’s have shown a fierce desire to make amends and have been so resilient in their quest to regain the coveted Connolly Cup in adding to their magnificent three-in-a-row triumph (2016, 2017 & 2018).

Ciaran Fox, the Ballinale man who guided the Longford minors to Leinster championship glory in 2010, is doing a fine job in his first season in charge of Mullinalaghta who experienced few problems in coming through the group stage unbeaten.

With the exception of the close encounter against Abbeylara and some difficulty in the first half of the games against Dromard and Rathcline when they trailed at half-time, St Columba’s have been in control on their way to winning all five fixtures to finish top of Group B.

Next up were Carrickedmond who sprang a surprise in knocking Slashers out of the 2021 championship but the south Longford side were no match for Mullinalaghta who cruised to a very easy win in the quarter-final clash.

Then came the stern test against the two-in-a-row champions Killoe in the hyped up semi-final clash but the players on both teams struggled to deal with the difficult underfoot conditions on a very wet day as the game failed to live up to expectations.

The value of vast experience stood to St Columba’s who eventually came out on top (2-7 to 0-7) thanks to late goals from James McGivney and Michael Cunningham and it must be said that the men in maroon are strongly fancied to cross the final hurdle.

After all, Mullinalaghta are bidding to win the county title for the fourth time in the space of six years whereas the success starved Mostrim club last savoured the sweet taste of senior championship glory 29 years ago.

The St Columba’s team are laced with quality players, none more so than the probable midfield pairing of John Keegan and David McGivney who will be very hard stopped in this vital sector.

Patrick Fox is a commanding figure at full-back-line and with a most competent half-back-line in Gary Rogers, Shane Mulligan and the captain Donal McElligott, the Mostrim attack will be hard pressed to get the crucial scores.

At the other end of the pitch, Mullinalaghta pose a big threat with Rian Brady, James McGivney, Jayson Matthews, Aidan McElligott and former Cavan star Cian Mackey a hot handful for any defence.

Mostrim need to get off to a good start to put some doubt into the minds of the Mullinalaghta players and while the emergence of the Edgeworthstown side has injected new life into the county championship, the dream of capturing the Connolly Cup for the first time since 1992 is unlikely to become a reality.