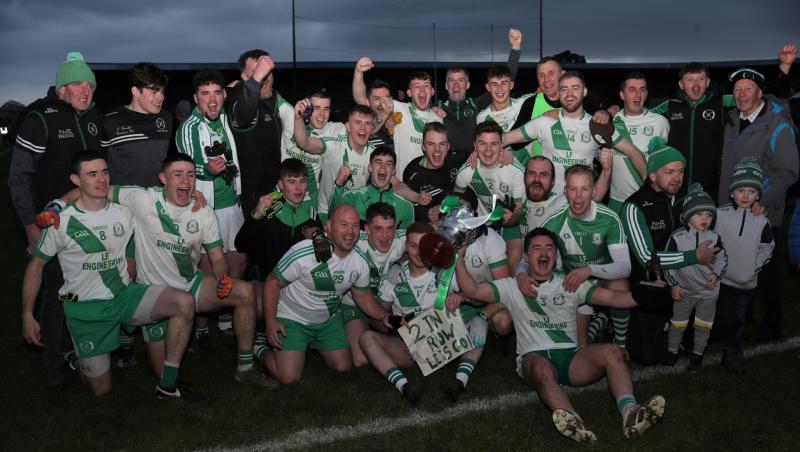 It was a remarkable recovery in a very scrappy game but that will matter little to the jubilant St Brigid’s side who lifted the Hennessy Cup for the second time in just over a couple of months following their win over Ardagh Moydow in the Covid delayed 2020 title decider back on August 22.

A brilliant goal from attacking defender Johnny Casey (winner of the man of the match award) in the 55th minute put Killashee back on level terms (1-1 to 0-4) after a fierce struggle to salvage the situation and almost immediately Dylan Farrell fired over the first point from play to put the reigning champions in front.

Ballymahon, who led by 0-3 to 0-0 at half-time, were now under serious pressure and their title hopes were eventually dashed when Dylan Farrell struck the killer blow for a second St Brigid’s goal in the 60th minute.

The entire Ballymahon total of five points all came from frees and after working so hard to overcome the handicap of losing Gareth Murtagh to a black card in the early stages of the second half, they were permanently reduced to 14 players for the remainder of the match when Mark Connor was sent-off for a straight red card offence in the 48th minute.

Killashee will now be playing in the senior championship next year after their tremendous achievement in completing back-to-back Intermediate county titles and next up for Ray Curley’s charges is the Leinster Club Championship first round clash at home to Offaly opponents Clara over the weekending Sunday November 21.