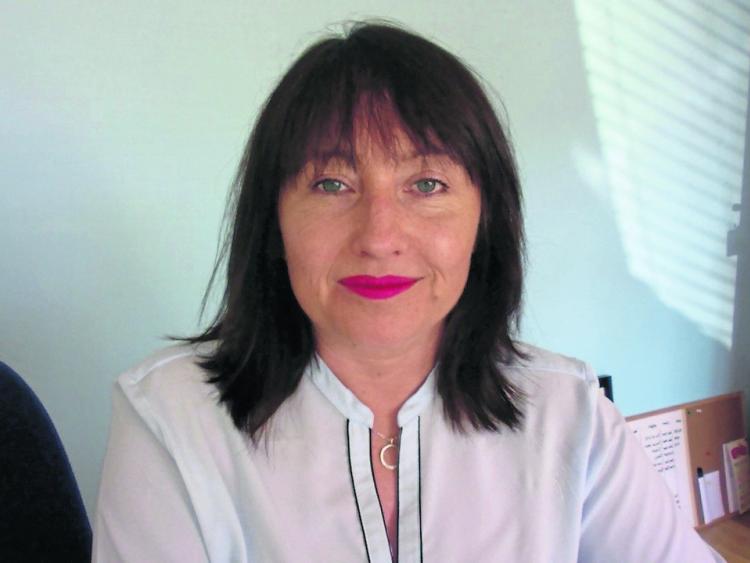 Loretto McGarry, chairperson of the festival

With the Aisling Children’s Art Festival kicking off on October 20, chairperson Loretto McGarry was keen to chat about this year’s programme and the theme, My Place in the World.

“The theme for this year, My Place in the World came as a result of the committee discussing how we wanted the young people of Longford to see themselves as part of a bigger picture - that what they do and how they are in their own lives adds to their family, their community and their county,” Loretto explained.

“So if the question is what do I see as my place in the world, I see myself as part of a bigger picture of people wanting to provide better experiences for Longford’s young people and understanding the bigger the variety of experience, the bigger the ambition that builds within them.”

Loretto has been involved with the festival for four years and says that the festival aims to “instil in the young people of Longford (the future decision makers) imagination, ambition, creative problem-solving skills and the courage to be open to new experiences, while getting the opportunity to express themselves and find an outlet or a resource that they enjoy”.

The festival, which is in its 21st year, has several new events lined up this October.

“One addition we are very excited about is the inclusion of a Sensory aspect to our free family day on October 20,” Loretto explained.

“We have always tried to make this day accessible to everyone but have watched members of our community struggle with the ‘turned up’ version of the family day which can be very heavy on their senses.

“With this in mind, we have added a ‘turned down’ section of the day from 12pm to 1pm to allow members of the community, who would find it a struggle usually, and their families to enjoy the experience as much as they are able.

“We were delighted to receive the support of Creative Longford who were eager to support this important part of the day. This is an extremely positive step in the right direction for inclusion of all young people in society.

“Another exciting addition to our family day is our partnership with Midlands Science who are holding three one hour slots throughout the day - this is a really enthusiastic group who, like ourselves, believe investing in young minds now is a good investment in the future,” Loretto continued.

“They bring inspiring and interesting Scientific Shenanigans with them wherever they go. They visit Longford every year on science week as well – don't miss the opportunity to get into one of those November workshops.”

Also see: Fans get up close and personal with Brave Giant at meet and greet

The Aisling Festival is also introducing Fighting Words to Longford at the festival this year. Fighting Words is a creative writing centre established by Roddy Doyle and Sean Love. It helps young people to develop their writing skills and to explore their love of writing.

“Each year, the theatre programme, which we hold in the Backstage Theatre, brings new shows and this year the shows are fantastic, with nationally renowned shows being brought to the county like The Dig, Cois Céim Theatre group’s Francis Footwork and the hilarious Lords Of Strut giving talented energy-packed shows throughout the week culminating in Maisie Lee presenting her Playmaking work with ten local children who wrote their own plays and are directing professional actors on stage to bring them to life.”

Loretto decided to get involved with the festival as she saw it as an “opportunity to help create an active experiential arts festival for the kids of County Longford” and felt like it would be “a good thing to be part of”. Loretto is the chairperson of the festival, but she has also designed the printed material for the last couple of years.

“A recent development is the commissioning of Longford artists to create our annual cover images which has given a platform to talent within the county. This year’s beautiful illustration used on our literature was created by Mary Smyth in response to our theme My place in the World.”

In conclusion, Loretto quoted Albert Einstein: "Creativity is contagious, pass it on.”