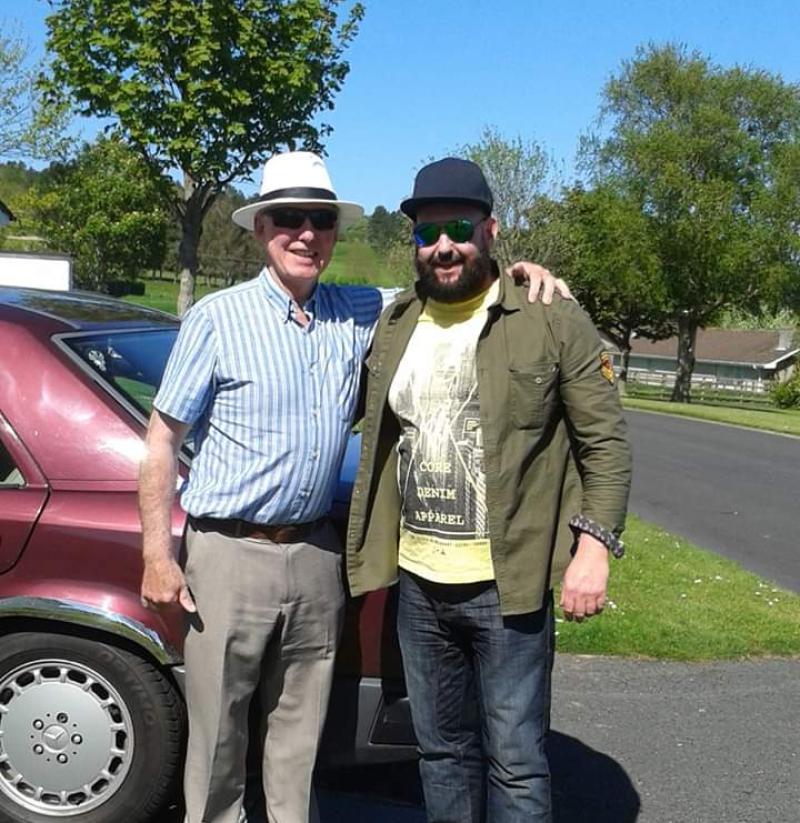 Richard (right) with his father Daniel

Richard Cummins, a resident of Edgeworthstown, has this week announced details of an upcoming classic car and motorbike show in aid of the Irish Cancer Society.

Richard has organised the event as he looks to give back to the society, with his father Daniel currently undergoing treatment of his own for cancer in the Hermitage Hospital, Dublin.

Richard told the Leader, “I'm organising this classic car and motorbike show, in aid of the Irish Cancer Society, to give back a little as my father is undergoing treatment with cancer.”

Richard and his father are huge classic motor fanatics and are both former members of the Longford Vintage Club, which is where they got the idea to host the event. Richard's father will also bring along one of his own classic motors on the day.

Richard explained, “We are both vintage car fanatics and were once members of the Longford Vintage Club a few years ago.

“I have modified many classics including a rat rod 73 beetle, while my father Daniel has a vintage Mercedes for 25 years which will be on show on the day.”

The event will take place at the Moyvalley Hotel in Enfield on Sunday, November 24. Admission to the event is free although people can donate on the day via registered Irish cancer society bucket collectors.

There will also be number of other forms of entertainment on the day, including a raffle, cake sale and face painting on the day, while the fun won’t end there either as Richard will also shave his beard off for charity on the day.

He said, “I'm also shaving off my beard for the charity at 4pm.”