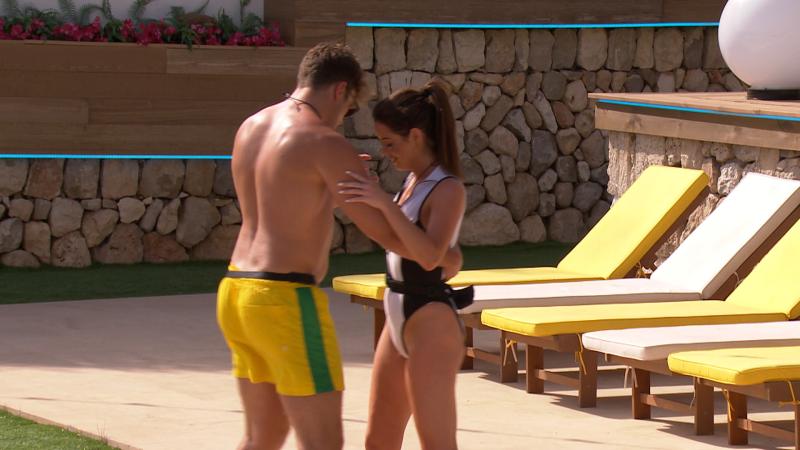 Longford's Maura Higgins has recently confessed that she is attracted to Curtis and she’s now ready to make her first move, despite being coupled up with Marvin.

As the Islanders relax in the garden, Maura says “Curtis will you teach me to dance then?”

Also read: Maura & Curtis dance their way into 40/1 from 66/1 in Love Island betting

Curtis gets up and gives Maura the dancing lesson she’s been waiting for. But as Maura and Curtis cha-cha around the garden, Amy picks up on their moves.

Later that evening, Maura speaks with Lucie about her dance lesson with Curtis. At the fire pit, Maura says to Lucie “I think I fancy him even more after today.”

At the fire pit, Lucie says to George and Marvin “Me and Maura feel the same, we’re just not really feeling it.”

Maura feels as if there isn’t a romantic connection between her and Marvin and their conversations haven’t been organic.

Marvin disagrees “I hear you but that is bulls**t. I’ve tried to overlook how you [Maura] have been cold.”

Maura seems perplexed by Marvin’s admission “So, I’ve been cold?”

Maura says “I never said you did! Don’t put words in my mouth Marvin!”

It appears that things are definitely over between Marvin and Maura. But the next evening, Maura asks Curtis for a chat and tells him how she feels.

Will Curtis succumb to Maura’s advances?

* Maura now has the opportunity to show off some of the moves that Curtis has taught her, because that evening none other than Craig David arrives at the villa to play a set for the Islanders, at their very own Ministry of Sound party.

* Anna has been left torn between Ovie and Jordan, but after going on a date with Jordan, it appears she is swaying more towards him.

* Joanna feels that Michael may still have feelings for Amber and she wants to know where she stands. Molly-Mae has already filled Joanna in on Amber and Michael’s chat the day prior and how Michael perhaps didn’t completely call things off with Amber.