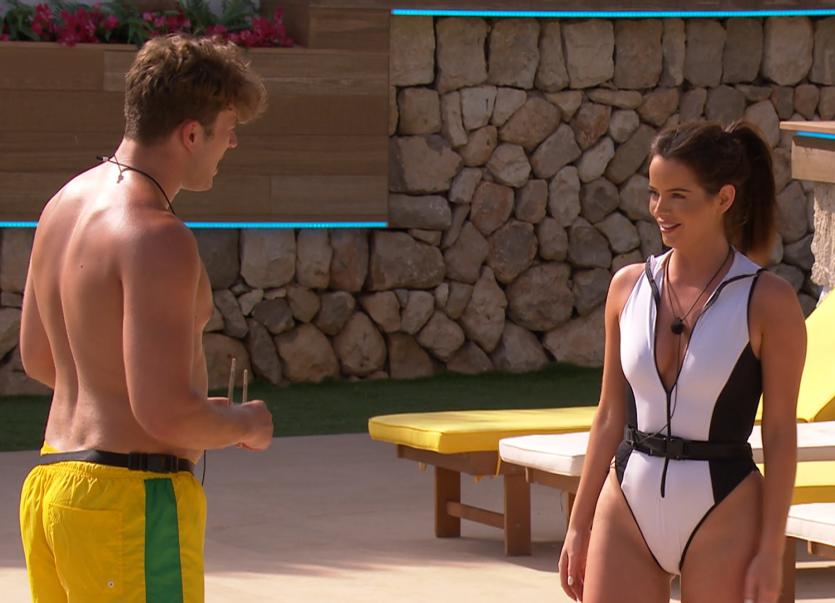 Longford model Maura Higgins has had her head turned away from her current beau Marvin and has admitted to fellow islander Lucie that she thinks professional dancer Curtis Pritchard is gorgeous, very manly, funny and almost the full package for the Irish stunner.

BoyleSports had introduced the possibility of the pair winning the Love Island show at 66/1 but following the connection between them when Curtis was showing Maura how to dance the price has been cut into 40/1.

Before Love Island even started Curtis attempted to slide into Maura’s DMs but she opted to ignore the 23-year old from Shropshire.

Tommy and Molly-Mae became the firm 1/7 favourites after the recoupling and Casa Amor drama becoming the most likely couple to stay together and win the Love Island show despite Lucie telling Tommy she still has feelings for him.

At one point the pair were 14/1 to win but they gradually began to shorten as their love blossomed with their current odds making them the shortest price any couple have been so far this series.

Sarah Kinsella, spokesperson for BoyleSports said: “Maura Higgins is not shy or afraid of causing drama in the villa. When she first entered, she went all out to try and snatch Tommy from Molly-Mae, but the couple seem unbreakable now with their odds at 1/7, cut from Even money just days ago.

"Maura and Curtis have shortened into 40/1 from 66/1 to become the winning couple with Anton and Belle the second favourites at 7/1."