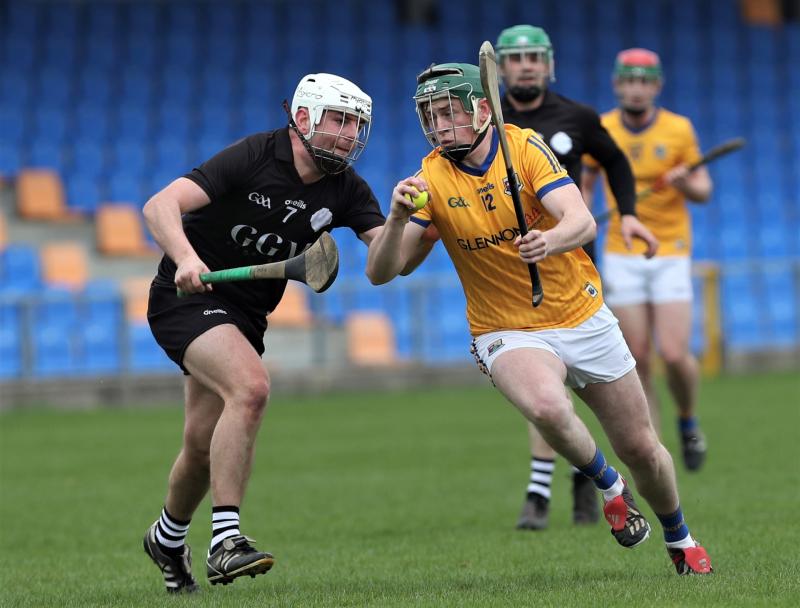 The Longford senior hurlers bounced back from their last-gasp one point defeat away to Leitrim, to earn their first win of their Lory Meagher Championship campaign with two points to spare, beating Lancashire by 0-17 to 1-12 at Glennon Brothers Pearse Park on Saturday.

It was a stunning comeback from the home side who trailed by seven points with nineteen minutes remaining, but a never-say-die Longford scored ten of the last eleven points, dramatically turning the contest on its head to seal a crucial victory.

It was always going to be a tougher match for the Midlanders than their earlier nine point league victory, as Lancashire had a much stronger squad available for this championship encounter.

Shane Moloney, Shane Nugent, Greg Jacob, David Burke, Ronan Walsh and Danny Connolly all missed the league clash but were all back in the fold, with the first four named starting.

However, Lancashire's star performer from the league meeting between the sides, corner-forward Simon Holland was absent.

Longford were without the injured duo of keeper Conor Gallagher and midfielder John Mulhern, so Eoin Donnellan and Micheal Mulcahy stepped into the breach.

Also returning to the starting fifteen were wing-back Karl Murray and midfielder Paddy Lynam who both missed the narrow loss to Leitrim.

A poor quality first-half ended with the visitors leading by two points at the interval, 0-07 to 0-05.

All of Longford's scores were frees, three of which were converted by Joe O'Brien, and the other two were fired over by Paddy Lynam.

The best score of the first-half was a superb side-line cut from all of forty yards out on the right by Lancashire's Cleere in the eighteenth minute.

The Exiles reeled of four unanswered points between the twenty-second and thirty-second minutes to lead by 0-7 to 0-3. Kevin Fennelly, Burke twice, and Moloney were all on target for Lancashire.

However, both sides could have easily scored a goal each during that ten minute period.

Longford should have been awarded a penalty in the twenty-third minute, as forward Mulcahy was pushed over inside the parallelogram by Lancashire defender Moloney, however, referee Kevin Brady allowed play to continue.

Shortly after, Burke pointed to put Lancashire two points clear but he should have raised the green flag instead, as he was in a very good goal scoring position.

Trailing by four points, Longford rallied to knock over the last two points of the half, courtesy of frees from O'Brien and Lynam.
Although Lancashire led by 0-07 to 0-05 at half-time, Adrian Moran's charges almost scored a goal with the last attack of the half.

Cian Kavanagh and Reuben Murray combined brilliantly to supply Evan Tully and his clever pass picked out the marauding O'Brien, but visiting keeper Darren Cusack pulled off a decent save from the Longford forward's strike.

Ten minutes into the second-half, Lancashire were up by three points. Stephen Duncan from play and Burke with a free scored for the visitors, while O'Brien responded with a free for Longford.

Longford finally got their first score from play on forty-seven minutes with an excellent point from Kavanagh to reduce the arrears to two, with Lancashire ahead by 0-9 to 0-7.

The Red Rose county then scored 1-2 without reply inside three minutes to extend their advantage to seven points by the fifty-second minute.

Lancashire's goal came in the forty-ninth minute. A high ball into the danger area from Fennelly saw Burke rising above Longford keeper Donnellan and centre-back David Buckley to catch the sliotar. Burke landed, turned, and rifled the sliotar to the roof of the Longford net.

Fennelly from play and another Burke free put Lancashire ahead by 1-11 to 0-7 as the clock ticked into the fifty-second minute.

The home side seemed to be in deep trouble at this stage, but they showed their resilience and self-belief by responding in impressive style, as they knocked over seven unanswered points to level the contest on sixty-four minutes, Longford 0-14 Lancashire 1-11.

Burke restored the Lancashire lead with a free, but that was to be their last score, as Longford slotted over the last three points of the match.

Firstly, Lynam equalised with a long-range free on sixty-seven minutes, then two minutes later, substitute Aidan Sheridan sent over a superb point from sixty-five yards out on the left that put Longford ahead for the very first time. Finally, in stoppage time, Lynam fired over another long-range free to give Longford a dramatic two point victory.

Lancashire were reduced to fourteen players for the dying embers of stoppage time when Justin Cleere was shown a straight red card just after he converted the game's final score.