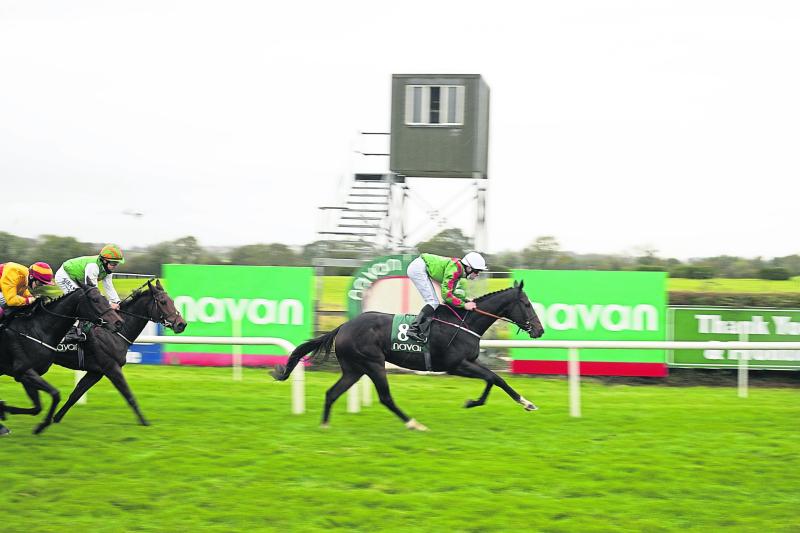 Na Caith Tobac, trained by Colehill's Paul Flynn, on the way to winning the opening division of the 10f handicap at Navan last October. The horse also won at Ballinrobe last week

A winner on the Flat at Tipperary and a Navan late last year, the four-year-old had shown loads of promise over hurdles and came good with a two and a quarter-length win over the Seamus Fahey-trained Cullaghs Star at odds of 100/30.

Flynn said, “He has been knocking on the door. I like using Luke Dempsey but we thought we needed a claimer to get over the line. Jack is great value for his claim and he rode very cool and didn’t panic at any stage.

"I was begging him to kick on but I’m glad he didn’t, he did the right thing - I just wanted him to win! He will come back here (to Ballinrobe) next month for the four-year-old only handicap hurdle, that’s kind of been his aim all year.”

Sligo sink Longford who now face into the relegation play-offs

Longford ladies are facing into the relegation play-offs after losing for a second time in Group A of the All-Ireland Intermediate Championship.