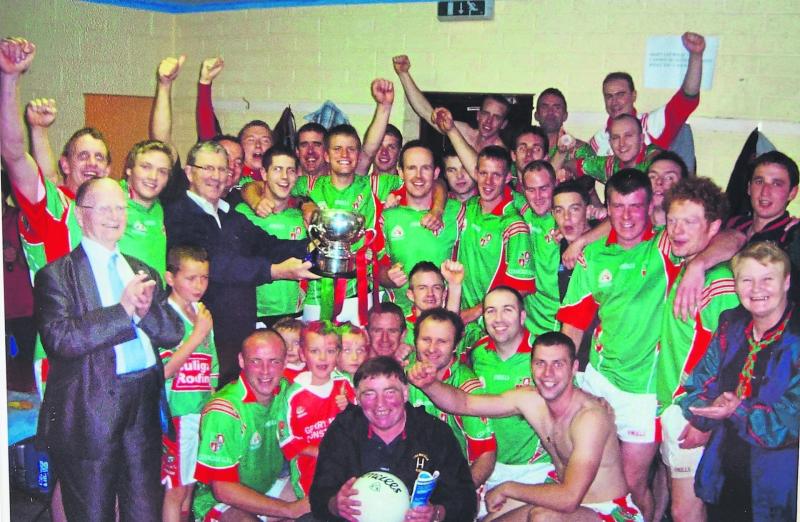 Eugene McGee's native club, Colmcille, hadn't won a Longford senior football championship title for half a century but his pep talk and words of inspiration helped them end that famine in 2008.

Marie O'Reilly Keenan of Colmcille GAA explained that Eugene loved his club Colmcille and that his words helped the players drive on to Longford county glory eleven years ago.

She added, "Colmcille GAA will be forever indebted to Eugene and the McGee family for the contribution they made towards the GAA. Our park is aptly named Fr McGee Park of which Eugene was immensely proud of."

Marie wrote this week: "It is with great sadness that Colmcille GAA received the news of Eugene's passing RIP.

A true legend in his work of promoting all the positives in the GAA world and in turning negativity into discussion which in turn proved positivity.

Colmcille hold dear and treasured memories of Eugene  and what he accomplished in his very quiet and unassuming way in his editorial and managerial pursuits and match analysis on the Sunday game along with his many accolades  achieved.

Eugene loved his club Colmcille and had been a member for over 60 years.

Eugene's great friendships with many people will be sadly missed. His wisdom and knowledge and promotion of the amateur GAA association will live on for many a day.

In 2008 Eugene spoke to the players of Colmcille on the lead up to the County final of which we had not won for 50 years. His words of passion and encouragement would be an understatement in his efforts to drive home the need and want of the Sean Connolly Cup coming back to Colmcille after all those years. His offer of support were always a wonderful asset to have.

Speaking to Eugene on a regular basis. His first question would always be about the welfare of our club and players and the many changes in the GAA and rural community of which Eugene endeavoured to campaign for best for people and clubs of the country.

Colmcille GAA will be forever indebted to Eugene and the McGee family for the contribution they made towards the GAA. Our park is aptly named Fr McGee Park of which Eugene was immensely proud of.

Let us not forget is contribution  and work with St Christopher's which benefited so many children and parents alike and provided local employment. Eugene's integrity and vision were amongst his many wonderful assets.

Also read: Eugene McGee to be laid to rest this Thursday