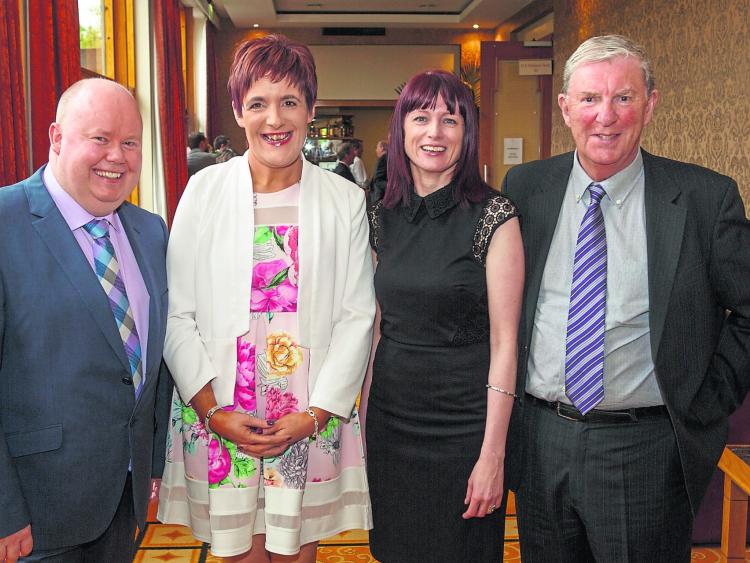 I first met Eugene McGee in the Longford Arms Hotel in 2002 when he interviewed me for the role of junior reporter with the Longford Leader.

It was a lovely sunny Saturday afternoon as I crossed the street, I bumped into a neighbour from home and was still laughing at some joke he made when I walked into the Arms.

The hotel lobby was much darker that time and I couldn’t see anything when I walked in. I stood there looking around for a minute, feeling a little lost and I could feel the nervousness crawling through me.

And somehow, I was never really sure why, he still hired me.

I worked under Eugene as Managing Editor for three years. As Deputy Editor, Joe Flaherty was basically running the newsroom at that stage, managing the reporters and the markings, but Eugene’s presence was keenly felt.

I can still feel the tension in the newsroom when Eugene was reading over the pages before they went to print. If a story wasn’t up to standard, he wasted no time in telling you why and how to change it. He was blunt but never mean.

We had huge respect for him. He was in complete charge, his authority was never questioned or doubted. You might go off licking your wounds after he pulled a story apart but you knew he was right. There was never any sense that less was expected from a local newspaper. Far from it, he was a leading a progressive local paper, far edgier than most of its counterparts at the time, and the highest standards were expected.

Yet he didn’t have any romantic sense of journalism. It was a means of communicating, simple as that. I can imagine he had little time for the ego-driven ramblings of many of today’s commentators. He was brutally honest, a straight talker who suffered no fools but a man with great integrity.

He had an innate sense of the role of a local newspaper in the community. The paper was there to hold up a mirror to the community, to cover both good and bad aspects of it. He wasn’t afraid to question or challenge those in power even though he knew he’d be meeting them on the street or at a match sometime soon.

He was a fiercely proud Longford man who understood country people and rural life. He knew what makes us tick because he came from the very heart of Colmcille, a quintessential country parish in North Longford. On the national airwaves, he was a wonderful advocate for rural Ireland and when he spoke on rural issues, you knew he had something important to say. He saw how Dublin-centric thinking was impacting rural Ireland long before there was ever mention of the D4 bubble. He had a wry, deadpan sense of humour and frequently used it to demolish the spoofers and wafflers that fill the seats on radio and TV panels.

I got to know him much better when he left the Longford Leader. He was unfailingly generous and courteous when contacted for information or a quote. On the phone he would talk at length, chatting amicably and moving knowledgeable from one subject to the other.

He was pretty appalled at the notion that news, especially local news written by local journalists, would be given away online for free and rarely missed an opportunity to let his feelings on the topic known, especially when I changed roles and moved into digital news.

The last time we spoke was following the death of the Longford Leader’s longtime Ballinagh correspondent Eddie Brady in January of this year. He was really saddened by the news, remarking that they just don’t make people like Eddie Brady anymore. It was, he said, the end of an era.

Eugene McGee’s death certainly marks the end of an era. In his own understated way, he left an indelible mark on Longford, not just through the Longford Leader but also in his extensive work on behalf of St Christopher’s in Longford town which should not be forgotten.

He was absolutely devoted to his wife Marian and children Conor and Linda and it is heartbreaking to think that he has been taken from them so suddenly, leaving them with such a huge void in their lives.

It is with them that our thoughts lie today as they grieve the loss of a husband and father, the roles he held with most pride.