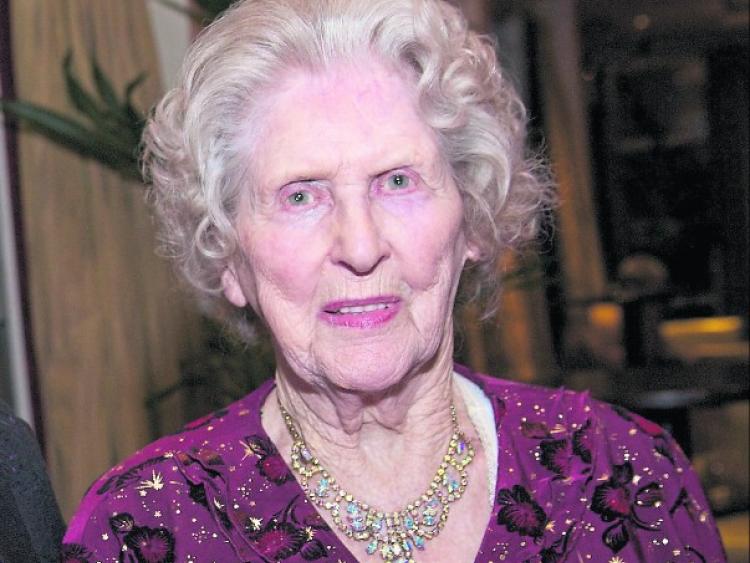 The Longford Association in Longford lost a loyal servant following the death of Lily Armstrong on November 24 in Croydon University Hospital London. She had reached her 90th year.

Lily was born in Baltinglass County Wicklow. She emigrated to England and settled in London where she joined the nursing profession.

Shortly after that she met and married John Armstrong from Farran, Killoe, Co Longford.

John and Lily lived most of their lives in Camberwell Brixton and Norbury in South London.

Lily was a Life President of the Association and it was fitting that her coffin was draped with the banner of the Longford Association in London.

Apart from her involvement in the Longford Association, Lily took an active part in the social and welfare activities in the parishes and communities where she lived.

Her funeral took place on Thursday, December 13 at Saint Bartholomew’s Catholic Church, 159 Ellison Road, Streatham, London SW16. The requiem Mass was celebrated by Father Deodat Masahala who in his homily paid a special tribute to Lily. The church was filled to capacity.

The Longford Association in London provided a guard of honour, as did the Council of the Irish County Associations in London and the Knights of Saint Columba.

The eulogy was read by her granddaughters Caitlin and Jessie-Rae. Her daughter Pearl read a special poem.

Interment took place in Stretham Park Cemetery in South London. Lily is survived by her daughters Pearl, Malaga, Spain; Carmel in Camden London; Brenda Purley London and son Eammon in Kells County Meath and by many grandchildren. Deepest sympathy is extended to the Armstrong family.