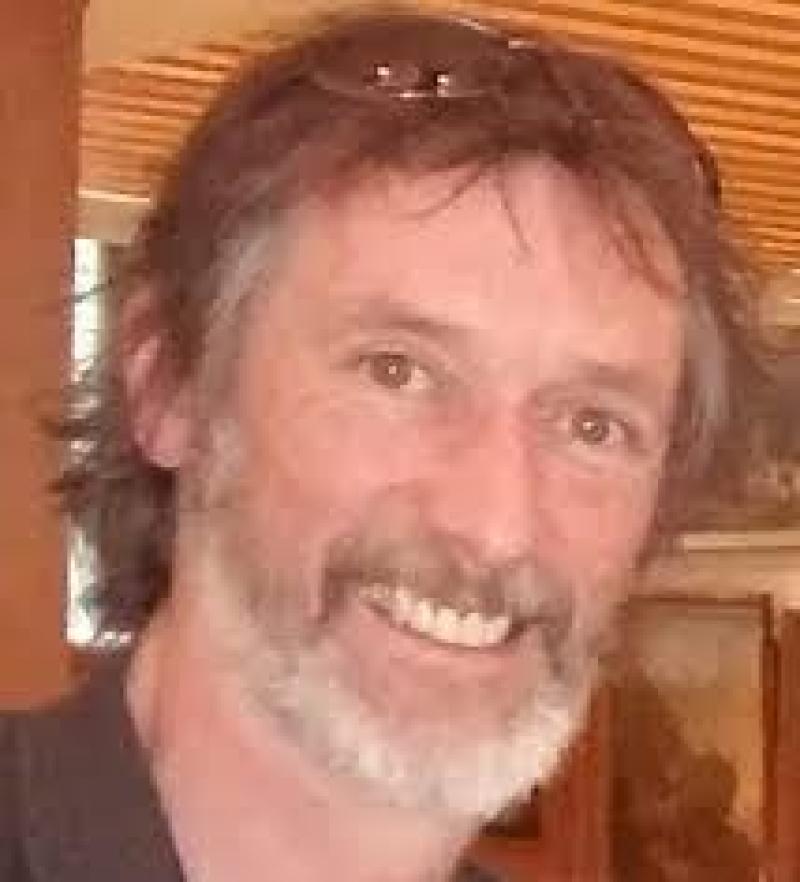 Much sadness greeted the news last Friday of the death of Máirtín Ó Muirí after a trojan battle with illness.

The Monaghan native and teacher at St Michael’s National School in Longford town, had been embraced by the people of Longford and they united around his heartbroken family.

With his trademark flamboyant shirts and quirky hairstyle Máirtín never conformed to the norm but he was one of the most loved and respected teachers at the Longford town school. He delighted in bringing the best out of each pupil and in his classroom, they discovered an enthusiasm for education and learning.

Outside the school he was a devoted family man. With his beloved wife, Longford town native, Colette Mealy and together with their children, son Daire, daughters Alaidh and Molly, their home in Tarmonbarry was an oasis of love and happiness. He was a fiercely proud father and followed the three children through their journeys in life with unrivalled enthusiasm.

While Máirtín proudly wore the heart of his home county, Monaghan, on his sleeve, he made Longford his home and was deeply ingrained in so many aspects of life here.

He was a celebrated traditional musician and featured regularly in many sessions but most notably in the weekly Tally-Ho bar traditional evenings on New Street. The Cathedral came alive with music on Monday as friends from the music scene united in a moving tribute to a much loved friend.

He was also an enthusiastic golfer and was a regular and much loved attendee on the many Tally-Ho Golf Society outings. He was a man who made friends easily and a man whom people loved to be around.

Máirtín's passing is a huge loss for his heartbroken family but they can take some comfort from the amazing outpouring of love and affection that greeted his funeral. It was one of the largest funerals seen in the refurbished St Mel’s Cathedral as friends travelled from across the country to pay their final respects to a truly unique man.

Máirtín Ó Muirí passed away peacefully at home on November 24, surrounded by his loving family.

His remains reposed at Glennon’s Funeral Home, before being brought to St Mel’s Cathedral for funeral mass on Monday, November 26, followed by private cremation at Lakelands Crematorium, Cavan.