Number of fines issued increases by 39 inside a week 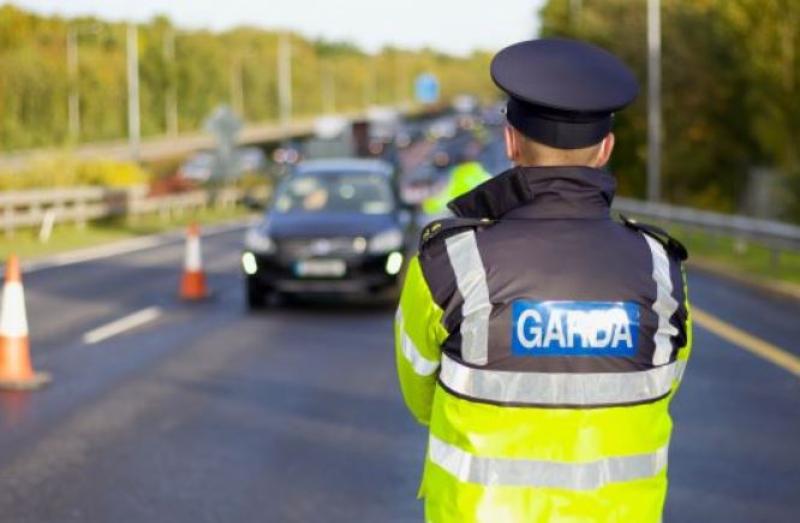 Gardai on duty at an Operation Fanacht checkpoint

THE number of fines issued for breaches of Covid-19 regulations in the Roscommon / Longford division continues to rise, gardaí have confirmed.

According to data, published on Friday evening, members of An Garda Siochána in the Roscommon / Longford division, have issued a total of 283 Fixed Charge Notices - up by 39 from 244 last week.

Over the two weeks prior to that, the number of FCNs issued was 170 and 117, respectively.

The Fixed Charged Penalty regime was introduced late last year and as of Thursday evening, a total of 11,607 fines had been issued and processed nationwide.

9,021 for leaving home without a reasonable excuse

404 for organising an unauthorised event/gathering (including house parties)

218 for the non-wearing of face coverings in designated premises

445 for non-essential travel to airports or ports

A further 103 fines have been issued to individuals who are not ordinarily resident in the country.

According to An Garda Síochána almost half of all fines, issued to date, related to breaches which were detected at weekends (22% on Saturdays and 23% on Sundays) with 75% of all fines being issued to men. 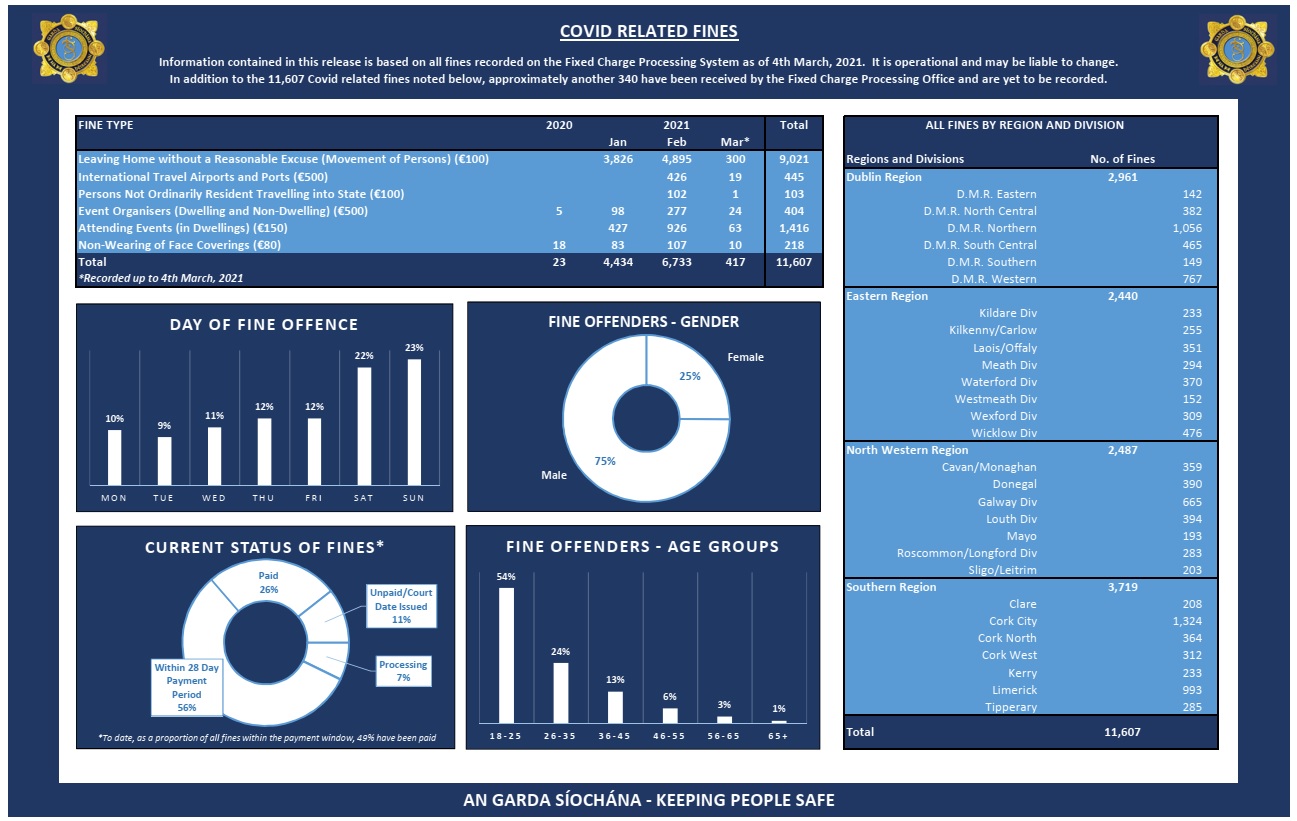 Gardai say they will be continuing to mount checkpoints and high visibility patrols across Longford / Roscommon at public amenities, parks and beauty spots across this weekend  and they are appealing to people to stay within their 5km - despite the expected good weather.

Also read: Longford town man Connor’s kind deeds an example to us all

Speaking ahead of the weekend, Deputy Commissioner Anne Marie McMahon said: "The vast majority of people are compiling with the public health regulations. In doing so, they have made major sacrifices. This effort has saved many lives. We thank them for that. To continue to save lives and eventually return to some level of normality we need to further reduce the numbers of people getting Covid-19. Everyone has a role to play in this. Everyone has a responsibility to themselves, those they love, and those they come into contact with to adhere to the public health advice. The best way of keeping safe this weekend is to stay home."

A number of Covid-related prosecutions are expected to come before the courts in Longford over the coming weeks.