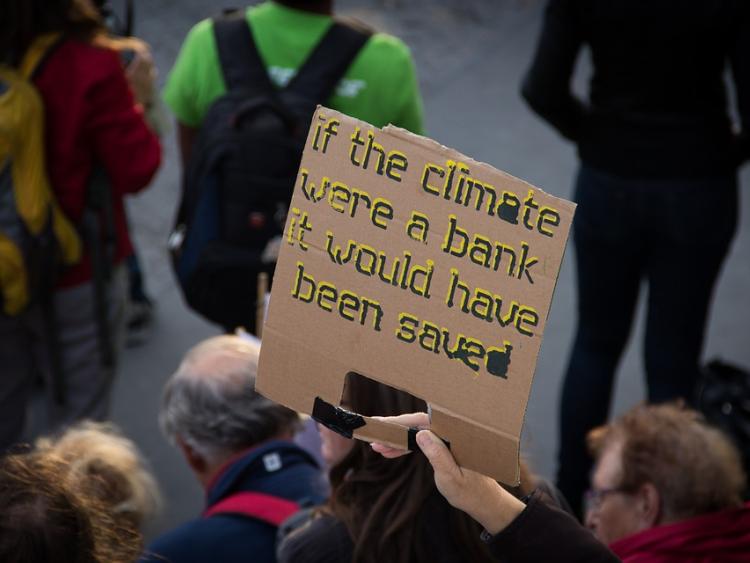 While Ireland has signed up to achieve the Sustainable Development Goals by 2030 and is committed to legally binding climate commitments in 2020 and 2030, Social Justice Ireland says that these national and international targets will never be achieved without sustainable development.

Also read: Longford Association in Dublin tribute: Late Patricia Hannify was one in a million

Social Justice Ireland, as they publish the ‘National Social Monitor – Sustainability Edition', added, "We have a national commitment to be carbon neutral by 2050 yet we spend up to €4 billion every year on potentially environmentally damaging subsidies.  Ireland will never achieve a Just Transition until our development is sustainable socially, economically and environmentally."

Sean Healy, Director of Social Justice Ireland said: “While growth and economic competitiveness are important, they should be considered in the context of sustainability, using a framework for sustainable development which gives equal consideration to the environmental, social and economic pillars. There are many policy options available to Government to support Ireland’s transition to a low-carbon economy without increasing the financial burden on low income households. This requires both political commitment and genuine engagement with stakeholders across a range of sectors.”

Colette Bennett, Research and Policy Analyst with Social Justice Ireland said: “Poverty is both a cause and effect of climate inaction. Ireland is the self-professed laggard in Europe on climate change, yet we have done little to make significant changes which would work towards a low-carbon future. For example, investment in increased green public transport would see an improvement in health, job productivity and wellbeing, as well as a reduction in harmful emissions.”

Environmentally Damaging Tax Subsidies
The Central Statistics Office estimates that, between 2012 and 2016, €4 billion per annum was forgone through potentially environmentally damaging subsidies. €2.5 billion went in direct subsidies and preferential tax treatment supporting fossil fuel activities in Ireland and a further €1.6 billion supported other potentially environmentally damaging activities in the Agriculture, Transport and Fisheries sectors. These subsidies equate to 80% of revenue collected through environmental taxes, such as the plastic bag levy or carbon tax, and undermine any impact they might have. €4 billion a year would go a long way to supporting a Just Transition fund for low income households and households in rural Ireland most affected by the implementation of necessary changes to support climate action. By ending environmentally damaging tax breaks and investing this money into people, communities and regions that will be most affected by climate adaptation Government can ensure a Just Transition.

Housing
Energy efficient homes help reduce our carbon footprint by requiring less fuel to heat. Despite two Government strategies specifically aimed at tackling energy poverty, barriers persist to accessing grants for low income households. These are the households who are most likely to use solid fuels such as coal and peat, the very households that policy should be targeting. The upfront costs associated with accessing sustainable energy grants can act as a barrier for those on low incomes, however with almost 58,500 homes having the lowest BER rating of G, it is imperative that Government support these households through redesigning these schemes to make them more accessible.

Also read: Calls for smart phones to be banned in Longford primary schools over concerns for child safety

Jobs – Time for some flexibility
Almost 200,000 people aged 15 and over who have a job spend an hour or more in travel time, mainly in the Dublin commuter belt. Almost 1.4 million people with jobs travel by private transport, particularly in rural areas such as Roscommon, Galway County, Cork County and Cavan. Long commutes in private motor vehicles mean greater congestion on the roads, greater levels of pollution and are found to have negative impacts on both mental and physical health. With innovations in technology to allow virtual meetings and access to remote servers, a willingness from employers to provide more flexible work arrangements for their staff would benefit both the environment and staff wellbeing, which would in turn lead to greater staff retention. This requires Government to prioritise its commitment to develop the public transport fleet and public transport options (in line with our environmental and climate commitments) outside of Dublin.

Health Impacts
With respiratory disease more prevalent in socio-economically disadvantaged areas, and a correlation between some lung diseases and social deprivation, respiratory health (as with most health issues) is an equality issue. Higher instances of smoking have a role to play; however so too does greater exposure to air pollution. Ireland’s mortality rate is declining, with people living longer and healthier lives, however between 2008 and 2017 there has been a 14.6% increase in the number of deaths associated with cancer of the trachea, bronchus and lung, and a 15.8% increase in deaths associated with other respiratory diseases in this period. The health impacts of air and noise pollution are disproportionately felt among lower socioeconomic groups as they are also more likely to experience exposure to pollutants at work and while they commute.

Also read: Is there a prime location in Longford for a new JYSK store?

A Just Transition policy is vital to support those who are most vulnerable
Protecting the vulnerable and those most at risk of impact from the changes required to transition to a low carbon economy is vital. Those experiencing poverty and deprivation are most likely to be impacted by the environmental changes, and least likely to have the capacity to mitigate against them. Climate policy and mitigation must be delivered simultaneously for a just transition. People and communities must be supported to make the required changes in the move to a more sustainable future.

To deliver a Just Transition requires a number of measures. These include tackling energy poverty, investment in energy efficiency schemes and retrofitting, investment in public transport, supporting people to upskill and reskill, the indexation of social welfare rates to average earnings and a plan to achieve parity between the National Minimum Wage and the Living Wage.

Also read: Search begins for Longford Person of the year 2019