Search begins for Longford Person of the year 2019 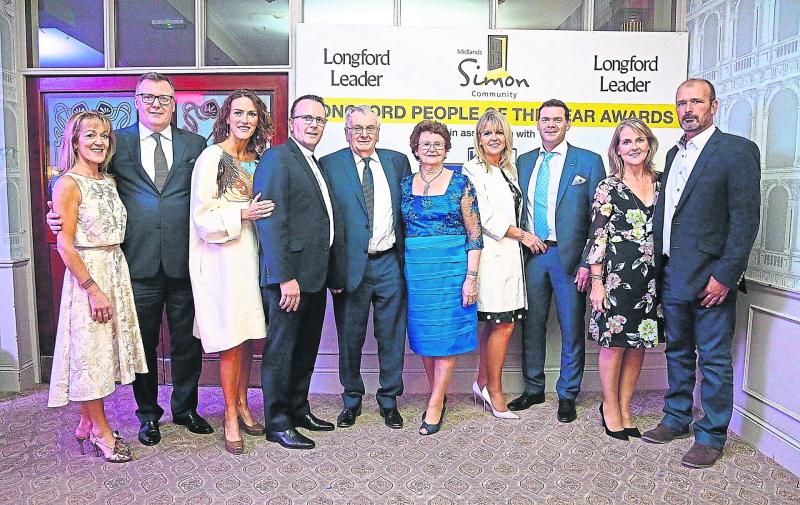 Preparations are well underway for the annual Midlands Simon People of the Year Awards which are once again generously sponsored by Kiernan Structural Steel.

Ten nominees as well as a young person award nominee will be shortlisted and nomination coupons are available once again in this year's paper.

Last year's event was one of the most successful and saw popular priest, Fr Brendan O Sullivan honoured with the overall award. Previous award winners include Victor Connell and Jillian McNulty.

The various nominees will receive awards at a gala dinner dance on Friday, October 11th in the Longford Arms Hotel.

The awards event returns this year supported by Kiernan Structural Steel Ltd and will be an important fundraiser for the Midlands Simon community, which seek to combat homelessness. On the night, the overall winner of the Longford Person of the Year Award will be announced.

Looking ahead to this year's event, Frank Kiernan from Kiernan Structural Steel, said that the Kiernan's were delighted to be once again associated with the awards. He said: “Day after day untold work in a voluntary capacity is being done throughout our community and the awards is a means, however small, of acknowledging this work and commitment.”

Members of the public are now invited to nominate individuals whom they feel deserve recognition for their efforts on behalf of the community, be that in sport or general community work.

Noel Greene of Midlands Simon told the Leader that the event is hugely important for the organisation and the proceeds from previous years played a huge role in financing a number of apartments which they now manage on Earl Street in Longford town.

For many, the apartments are a valuable first step back into their own homes after a period of homelessness.

Mr Greene went on to pay tribute to Frank Kiernan and the Kiernan family and said: “From the very outset the Kiernan family have vigorously supported our work in Longford and the wider Midlands area. They have backed the awards but also the sleep out each Easter and in fact many of the company staff have taken part in the sleepout. It is fair to say that Midlands Simon is making strides in the battle against homelessness thanks to the support of the Kiernan Structural Steel family.”