Is there a prime location in Longford for a new JYSK store? 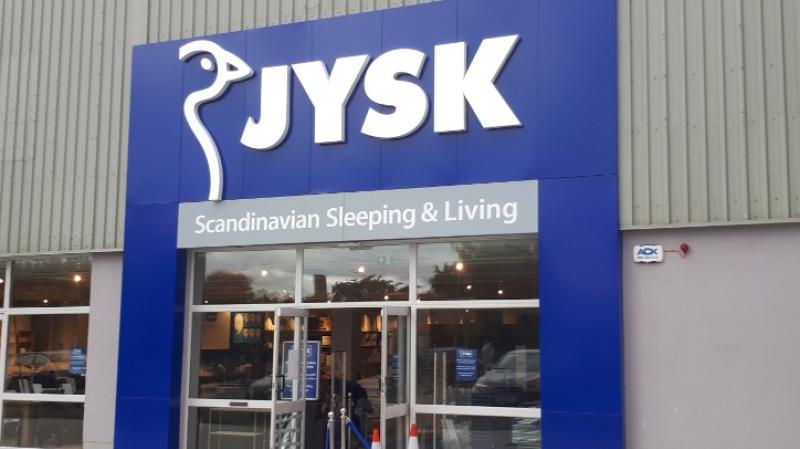 Is there a prime location in Longford for a new JYSK store?

Following the successful opening of four Irish stores, Danish home retail brand, JYSK, is calling on Irish landlords to get in touch about available retail properties across Ireland to meet its rapid expansion plans.

Is there a prime location in Longord that would be an ideal location for the company? Could the company be the ideal tenant for a new shopping centre in the county?

Earlier this year, JYSK announced plans to open 15 Irish stores within two years, but it now has its sights set even higher.

JYSK is now aiming to open 40 stores over the next three to five years, with a forecasted turnover of €70 million, creating hundreds of new jobs.

The brand will host a meet and greet with potential landlords in the Red Cow Moran Hotel, 22 Naas Road, Dublin 22, on Monday, September 16, from 9am. Landlords from across the country are invited to come along, meet with the JYSK team and present their available properties on the day.

Irish customers have embraced JYSK since it opened its first store in Naas in April 2019. In its opening month, the Naas store performed second best out of 1,200 stores across the JYSK Nordic division of the JYSK Group. With four new stores due to open in the next five months in Sligo, Waterford, Cork and Limerick, JYSK Ireland wants to reach and exceed the initial, ‘15 store openings in two years’, business plan it set when it arrived in Ireland. However, Poul Erik Larsen, Expansion Director at JYSK, has highlighted a number of issues that could hinder the company’s growth here, saying:

“It has been very difficult, time consuming, and expensive to open new stores in Ireland. We have noted that in other parts of Europe we can issue and sign a lease contract within 2-4 weeks, whereas in Ireland, this is taking up to 16 weeks in some cases. To achieve the volume of stores we want in the Irish market within 2-3 years, we need to secure a steady flow of new locations and that is something we’re actively pursuing right now.”

Adding to this, Roni Tuominen, Head of Retail at JYSK Ireland, said: “The appetite for JYSK’s offering is there amongst Irish consumers, and we have seen this in our revision of forecasted figures for 2019, which have been increased by almost 50%. Unlike some other large retail brands, we want new JYSK locations in towns and cities all over Ireland, so we can contribute to the local economy, especially in smaller communities where our job creation will be extremely valuable.”

Founded in Denmark in 1979 by Lars Larsen, JYSK’s Scandinavian design ethic and stylish approach to interiors has made the brand known and loved across the world. Over the past four decades, JYSK has expanded to 52 countries, with more than 2,800 stores worldwide employing 23,000 people.

The interiors range at JYSK includes of-the-moment trends, and Nordic design pieces such as end tables and dining tables in wild oak. JYSK also enjoys a worldwide reputation for expertise and knowledge in sleeping culture, and offers everything from mattresses to frames and bases.

Do you have a property or location that would be suitable for a JYSK store? Register to attend the “meet the landlord” day in the Red Cow Moran Hotel in Dublin on Monday, September 16, from 9am, by contacting Jenny Johnston at jjoh@jysk.com.

Are you an experienced Development Manager who can help JYSK with its expansion plans by finding new properties and negotiating lease contracts? JYSK is hiring. Applications will open on Monday, September 2 at https://careers.jysk.ie/