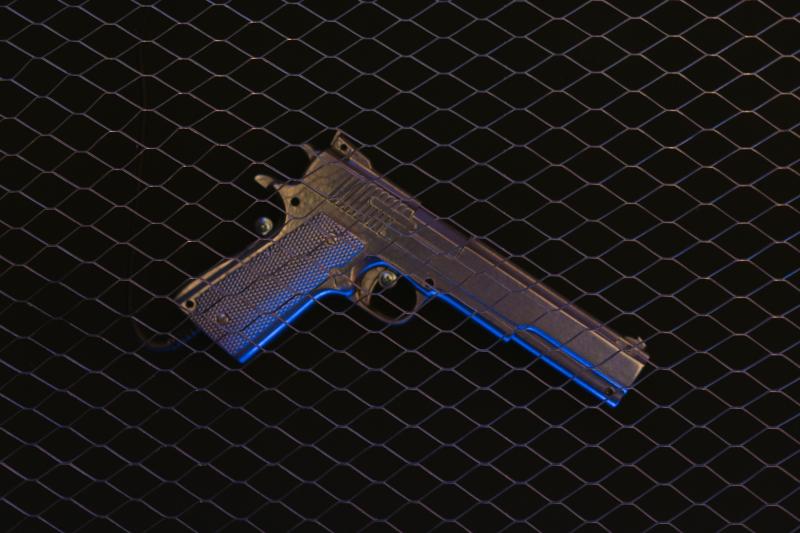 A man who was caught with a loaded semi-automatic pistol has been jailed for six years.

Derek Byrne (38) had items including the gun, ammunition, gloves and a balaclava for “the purpose of intimidation” and may well have intended to use them “beyond that”, Judge Melanie Greally said today (Tuesday, November 16).

As it turned out, the firearm and the ammunition were not compatible, the judge said. “They were not capable of inflicting injury on that particular occasion,” she said.

Dublin Circuit Criminal Court heard that Byrne and his co-accused were both wearing two sets of clothes upon their arrest.

Byrne with an address at Drynam Green, Swords, Co Dublin pleaded guilty to unlawful possession of a firearm and ammunition at N4, Rathowen, Co Westmeath, on December 3, 2019.

He has 78 previous convictions, including convictions for possession of drugs for sale or supply, public order and road traffic offences.

His co-accused Phillip McBride (43) of Cedar Grove, Swords will be sentenced on January 14 next year, after the court heard he could not be produced from prison.

Judge Greally said that even taking into account the fact the gun and the ammunition were not compatible, she believed the crime was at the mid to upper range and she set a headline sentence of 10 years.

Taking into account a number of mitigating factors, including the fact Byrne has made progress in custody in relation to his drug addiction, she handed down a sentence of seven and a half years with the final 18 months suspended.

At an earlier sentencing hearing, Detective Garda Stuart Gleeson told Garrett McCormack BL, prosecuting, that gardaí had information that a firearm was to be found at Byrne's address and a surveillance operation was put in place.

Det Gda Gleeson said that on the date in question, Byrne was seen leaving the house with a bag in his possession and getting into a BMW driven by McBride. Gardaí followed the car as it travelled along the M50 and onto to the M4, before attempting to stop the BMW on the N4.

The men tried to flee and a chase ensued, ending when the car went onto a grass verge. As both men were arrested, Byrne said he had been going fishing.

Gardaí found the loaded semi-automatic handgun nearby the car, the gun having been discarded from the front passenger window. During a search of the car, gardaí discovered items including black latex gloves, a black balaclava and a burner phone.

The court heard that when the men were arrested, they were wearing two sets of clothing, one over the other.

Det Gda Gleeson agreed with Vincent Heneghan SC, defending Byrne, that at the time of his apprehension, his client was a heavy user of cocaine. He agreed that given this addiction and his working as a labourer, he “probably” got himself in severe debt with known criminals.

Counsel put it to the detective that people probably gave his client the burner phone and directed him what to do. The detective responded that this was “a probability”, but he could not say.

The detective agreed with counsel that his client has no convictions for violence or the possession of weapons.

Mr Heneghan said that around 2017, both of his client's parents died in their 50's, which sent him into a “spiral” leading to his recommencing using cocaine and building up a large debt. He said his client was under duress and in fear of people to whom he owed money.

Counsel said  his client is an enhanced prisoner and is the father of four children.

Missing Longford teenager has been located safe and well