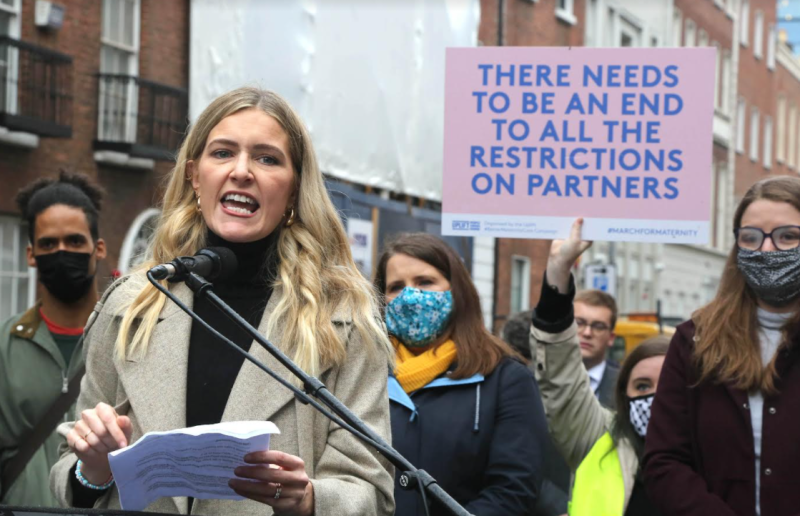 Hundreds of people gathered outside the Dáil at lunchtime today to protest against ongoing restrictions at maternity hospitals.

Parents all over Ireland have been affected by the issue since lockdown began, with protesters calling on Minister for Health Stephen Donnelly to take immediate action.

GET ENTERING! The search is on for Longford's Next Superstar - you could win a stunning €1,500 prize package

During the protest, Deputy Peadar Toibín brought forward a Maternity Care (Covid-19) Bill in the Dáil.

He introduced the Bill during Private Members' Business to ensure that mothers can be accompanied with the partner of their choice during childbirth, regardless of restriction rules at individual hospitals.

Speaking on the subject, he said, "Right now today mothers are giving birth and their partners are not with them. As you leave this chamber today ministers, you will hear the voices of thousands of women protesting outside this House on the cruel restriction policies in some hospitals in this country."

The deputy spoke about documents of emails released to him under the Freedom of Information Act (FOI), which he called "excrutiating".

He claims correspondence was sent to the Minister for Health from a woman who had a miscarriage and quoted her as saying: "The monitor turned dark and the midwife told me there was no heartbeat. It was an unexpected, earth shattering experience that no woman should have to go through, especially alone. [It's] a scandal of our time that women have to endure this ourselves."

He also spoke of another message allegedly sent to the Taoiseach from the partner of a pregnant women, who said, "My wife has experienced nine miscarriages in the last six years, she has an early pregnancy at the moment and while this is great news we are really anxious due to our history." 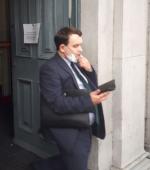 The leader of the far-right National Party has appeared in court charged in connection to a string of alleged road traffic offences at the site of one of the most famous battles of the Irish War of Independence.

Deputy Toibín said, "When you listen to those excruciating difficult personal stories, how can you reconcile that with nightclubs being opened without restrictions on October 23rd? You say you're concerned that there's only so much to do on a particular issue and that hospitals are responsible for their own restrictions, this is a cop out. You are in government. You create the laws that exist in this country."

He concluded by saying, "You can't say you're a passenger on the ship when you're driving this ship."

The Bill went through to the second stage unopposed.