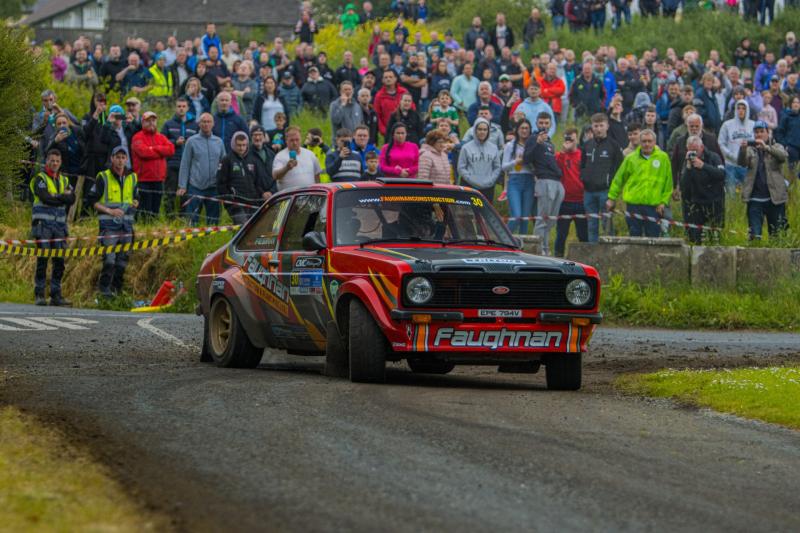 Stephen Faughnan and Stephen Joyce, who finished an impressive 16th overall and 1st in class 13 in their Mk2 escort at the Circuit of Munster Rally

Round five of the National Rally Championship proved successful for members of the Midland Motorclub. The Circuit of Munster Rally was held on the June bank holiday weekend in Co Limerick. 151 crews competed in this event.

Stephen Faughnan and Stephen Joyce finished an impressive 16th overall and 1st in Class 13 in their Mk2 escort. This now leaves Stephen and Amy Faughnan 2nd in Class 13 in the championship and 2nd overall in the Mk2 trophy’s award.

Sam Johnston and Gary McCrudden finished a fantastic 25th overall and first in Class 11 in their Honda Civic. This now leaves the crew leading Class 11 in the championship with three rounds to go.

Sean McCafferty who was navigating for Frank Rafferty finished 37th overall and 3rd in class 20 in their first outing in the Mitsubishi evo 9.

There are three rounds of the National Championship left this year. Next up is Tipperary Stonethrowers Rally on July 17, followed by the Galway Summer Rally on August 28 and Donegal Harvest Rally being the final round on October 8.

The Midland Motorclub wishes all crews the best of luck in these upcoming events. 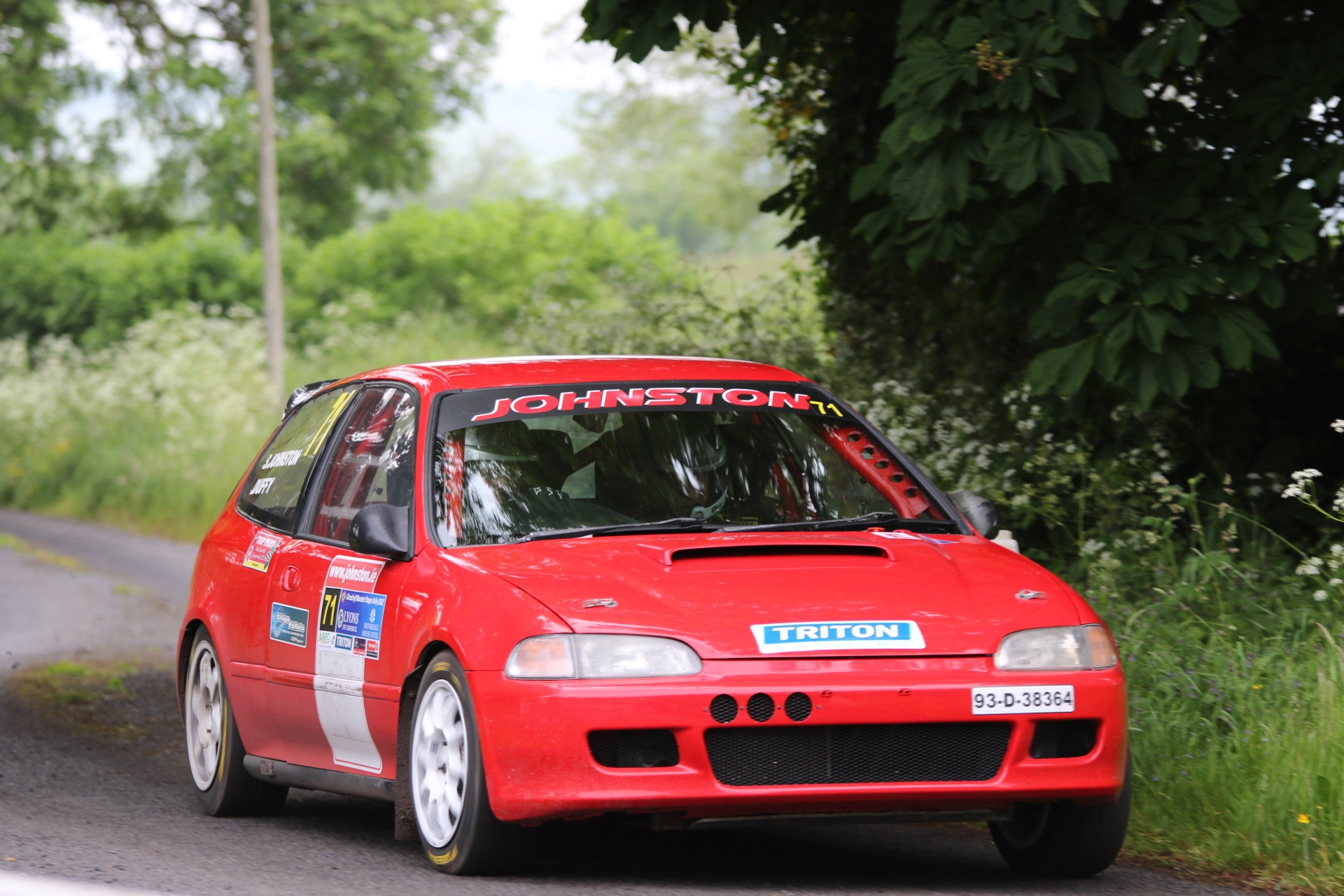 Caption: Sam Johnston and Gary McCrudden, who finished a fantastic 25th overall and first in class 11 in their Honda Civic at the Circuit of Munster Rally

The next event is the Ballyfeeney autocross which is being held on June 29. Entries are coming in fast so be sure to get one in if you're interested in competing.

Preparations are underway as the Midland Motorclub Tarmac stages rally has been given the green light and is scheduled to take place on March 5, 2023. This is also the opening round of the National Rally Championship for 2023.

As always, Midland Motorclub are encouraging new members both young and old to get involved in the club.