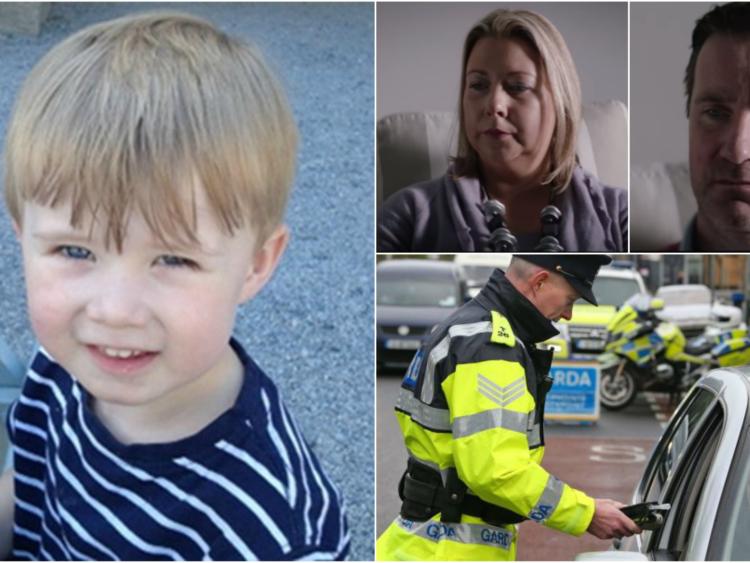 OPINION: Opposition to zero-tolerance is an insult to drink-driving crash victims.

Statistical trends tell us that by next Tuesday morning, four more people will be dead as a result of road accidents. Heading into a wet June Bank Holiday weekend, the probability of deaths occurring is up on previous years, and in all likelihood, the Gardaí will be knocking on doors delivering the worst possible news a family can imagine.

It's a stark vista, morbid even, but it's a reality. Another reality is that alcohol is a factor in more than 30% of fatal collisions on our roads. The Road Safety Authority hosted their annual International Road Safety Conference on Thursday, June 1, and Gillian Treacy, who lost her son in an accident with a drunk driver near Portarlington on the Laois/Offaly border in 2014 was among the speakers.

One thing she said standing behind that pulpit at Dublin Castle resonated more than the raft of statistics and expert opinion offered on the day. She spoke about a new bill that would carry a zero-tolerance legal stance with regards to drink-driving. "Any opposition is an insult to my family," she said.

This woman's four-year-old son died when a man, dangerously over the legal alcohol limit, crashed into the car carrying her and her two boys. A completely innocent family going about a routine journey - driving home after visiting their granny. A four-year-old life wiped out for the sake of one man's day of drinking, and his utter indifference to the welfare of others.

Not only was Finbarr O’Rourke handed a relatively short sentence of seven and a half years, but he had that prison term cut by 18 months on appeal. That's an insult.

The fact that our legal system allows for such appeals and the resurrection of grief for the families of victims through the courts. That's an insult.

The fact that this man will walk free from prison in a few years time and go about his life, probably within the same county as Gillian Treacy and her family. That's an insult.

For our legal system to say that the consumption of a toxic amount of alcohol, the reckless abandon shown by then driving a car in that state, and ultimately this child's life, is worth six years in prison. That's an insult.

These are all things for our country to be ashamed of but the current legislation which allows someone to drive with up to 50 milligrams of alcohol in their system is the root of our laissez-faire attitude. The 'sure one more wouldn't put you over' mentality is the reason many of these crashes occur.

Through our present laws, we put the seed of temptation and ambiguity into peoples' heads. Most people would estimate 50 milligrams to be one drink, but then we hear in studies that this can vary depending on the individual. Maybe it's half a drink for one person, and perhaps three for another.

With that, we give people the option of reasoning with themselves about their own drink levels, and as we know, their level of personal awareness and responsibility diminishes with every mouthful past their lips. That culminates in a situation where people are telling themselves they're fine after three, four or even five drinks.

So, what's the solution to that?

Let there be no doubt. Zero-tolerance ensures that the person contemplating having one, the first one, when they are in their most coherent and responsible state, knows it will put them over the limit - precisely because the limit is zero. Reading that aloud makes it sound like the most logical thing to do, and perhaps such a move would mean one less family would be grieving this weekend.

The problem is that it won't happen because the opposition invariably arrives, primarily from the drinks lobby in this country, no matter how they might portray a belief in responsible drinking. The only real way of portraying that ethos is through action. Putting 'drink responsibly' at the bottom of an advert is a feeble form of tokenism.

A lot of the opposition to strict zero-tolerance drink-driving laws comes from rural Ireland. It is embarrassing to hear buffoons say that such opposition is based on the rural isolation argument, and tell stories about lonely old men whose only outlet is a trip to the pub of an evening.

People who take this point of view are apologists because it suits their interests. Of course these people want to go to the pub, drink and drive home. It's convenient, but it is a lame argument against. Drink-driving is as dangerous in rural Ireland than anywhere else, and no sob story about poor old men who can't go for a few pints should weaken the calls for zero-tolerance.

Some of these people tell us that road deaths are down and clearly the message is getting through and people who act responsibly can drive home just fine after a few drinks. To that, I respond with the fact, presented by Superintendent Con O’Donohue at the International Road Safety Conference, that April 2017 was the highest single month for DUI incidents in Ireland in the last five years.

So, as a consequence of that revelation, the opinion of those opposed to zero-tolerance is the ultimate insult to families like Gillian Treacy's and the legacy of her son Ciaran. We've all seen the road safety ad campaign featuring her son's story. Every time it comes on, we say, 'I hate this ad.'

The point about it is, you're supposed to hate it. It is there to highlight the anomalies in our statute books that firstly allow for an acceptable level of drink-driving, and secondly, a deficiency in terms of sanctions for offenders. How many convicted drink-drivers are back on the road within a year, or maybe two, proceeding to go back to their old ways. There are others who receive no punishment at all. That's an insult.

When people say rural isolation and depression are factors in the debate around the zero-tolerance bill, they are wrong, and completely morally misguided. The use of those completely separate issues is a way of warping the debate to suit an agenda. They may be fighting for some sort of rural justice, but if fighting for people's right to drink and drive is rural justice, then we have more problems than we think.

Both rural isolation and depression are important issues, as is our deep-seated and errant relationship with alcohol in this country, but, they are not the issue here. The issue is the clear and indisputable link between drink-driving and road deaths.

Our continued inaction on a possible zero-tolerance bill will lead to fatalities, one or more of which will happen this June Bank Holiday weekend. That's the truth.