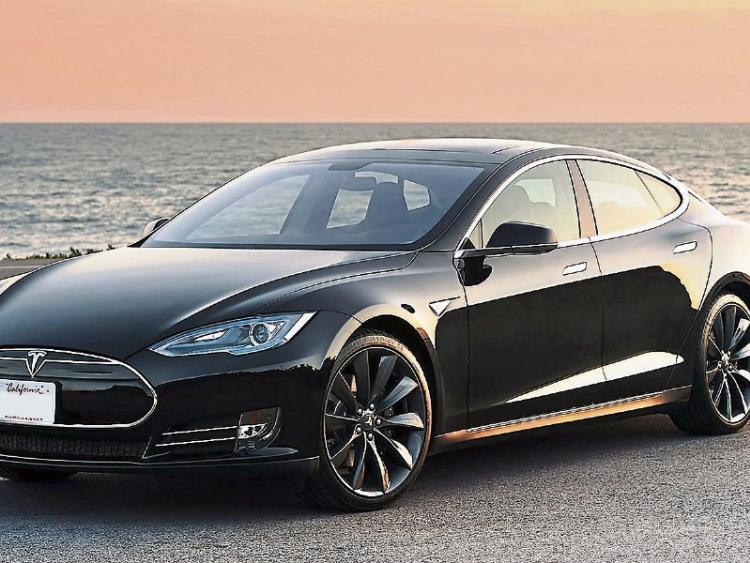 A couple of years ago I was visiting some friends in San Francisco, and the chat, as it always did in that exciting city, turned to what the boffins in Silicon Valley (just 20 miles out the road) were up to.

In particular, we talked about  the owners of Google who had gone all in for driverless cars.

“Hardly!” I protested. “Sure how could you do that? It would be mayhem!”

“It will never happen,” I predicted with the confidence of one who knows nothing.

A few months later... sure, you know yourself!

There have been problems with the concept, much along the lines of my premature objections, but if you’re keeping even half an eye on the motoring press it will be pretty clear that it’s only a matter of time before those problems are ironed out and autonomous/driverless cars will be a big thing.

Suffice to say, I’ve learned my lesson, and learned that when it comes to what the boffins could be up to, the only limit is  their imaginations.

So what else can we expect on the horizon for Irish motorists in the next, say, 10 or 20 years?

As somebody who tests cars on a regular basis, I can say that the past decade has been one of enormous advancement in technology in cars.

There was a time when there was a sense that additional technology in a car was unnecessarily gimmicky, and most likely to either fail or cause some other unintended malfunction.

But now the industry has gone hell for leather into technology.

In the past year I’ve yet to drive a car that didn’t have a large central console screen.

Some are more elaborate than others and some have touchscreen, but it’s clearly where the whole thing is going.

Also, I predict the end of physical dials with plastic needles, and more digital alternatives coming into play. Although I’ve been wrong in the predictions department before!

Totally driverless cars are probably not coming about in the short to immediate future, but certainly cars that park themselves, or retrieve themselves from a parking space are likely to be more and more common.

In the States it’s generally accepted that as soon as 2020 we’ll have cars capable of being fully autonomous in certain circumstances such as on long motorway drives with no inclement weather — a bit like a bells and whistles version of cruise control system.

Driver over-ride systems are also on the way. Already the latest high end Volvos will slam on the brakes if you’re driving in a town centre at less than 50kph and they detect a pedestrian walking in front of you — particularly handy at times of compromised visibility like twilight or at night time.

Advancements in sensor technology will only increase this whole area.

Another advancement will be in security. In recent times we’ve moved away from using keys to get into and/or start our cars. In future you'll be able to use your fingerprint or an eyeball (using retina scanners).

Although, as part of that, we’ll be able to shut down cars that have been stolen etc, and find cars in enormous car parks when we’ve totally forgotten when the damned thing is —  although that will be less of an issue once the cars start driving themselves to you for collection.

Head-up displays are a-comin’. Already common in fighter jets, I’ve seen them cropping up in the latest from BMW and Volvo.

It is believed that by 2020 we’ll have active glass being capable of displaying a variety of images, and, if they start to incorporate Google Streetview, you might actually start seeing footage of what’s around the bend before you take it.

And in that vein, Google Maps, Streetview and Earth (or equivalent technologies) will play greater roles in your navigation.

It’s very clear now that electric cars are here to stay, getting cheaper and more capable in terms of their ability to go further distances.

And it’s not all about Tesla, although they certainly have stolen the march on the more established manufacturers.

It is now accepted that, by virtue of their existing ability to produce cars on a much greater scale than Tesla, the existing car companies will at some point match and overtake Tesla.

An article in Handelsblatt (a German business magazine) entitled ‘The Germans are coming’ spoke of how Volkswagen, Audi and Porsche (essentially all different parts of the same company) have copped on that Tesla is eating their lunch, especially Porsche who are just that little bit more expensive than a Tesla.

the 'old guard' are getting set to fight

As a result they’re slowly getting ready to take aim at the startup.

The world will surely be a changed place once the Volkswagen are producing electric cars as efficiently as they produce Polos and Golfs.

However by far the coolest thing I’ve seen in any car in the past while was the BMW 5 series, where in order to adjust the volume of the radio you waved your finger as if conducting an orchestra with it.

It also works with answering the phone if it rings.

It will not change the world, but it has a safety application in the sense that a driver is less concerned with hitting the right button in their central console and is therefore less distracted.