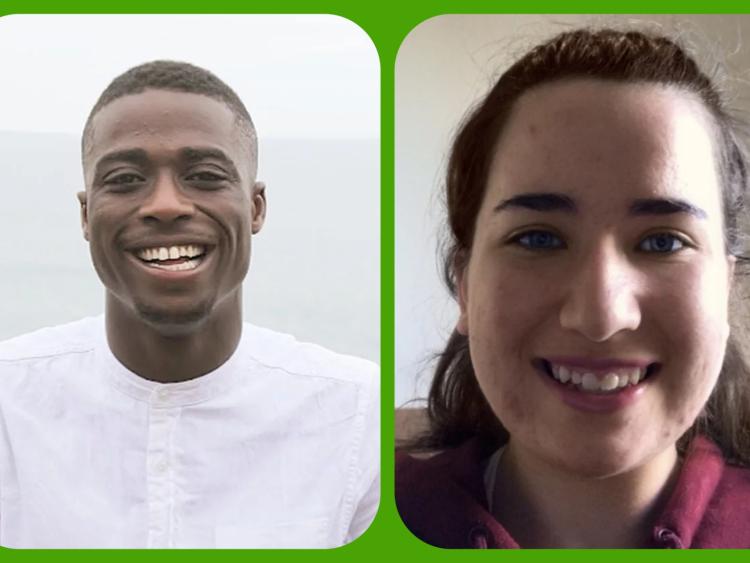 Two Longford students will be among 157 delegates participating in the RTÉ Youth Assembly on Climate in Dáil Eireann on November 15.

Young people from across the Republic of Ireland applied online to take one of 157 seats in Dáil Eireann for the specially convened Youth Assembly.

The delegates aged between 10 and 17 years of age, had information days in Dublin and Cork, with other gatherings taking place in Sligo, Cork and Galway in the coming days. The Youth Assembly, which will be at the heart of RTÉ on Climate week, will see the delegates focus and debate on the following themes; environment, economics, food and farming, power and education.

Eric Ehigie and Áine Nic An Fhailí from Longford will take part and have their voices heard at the historic assembly.

Eric said: "I am a proud Longfordian, and I admire the county in which I was raised! I am profoundly interested in politics and current affairs, and have an admiration for history. I’m also the Equality Officer of the ISSU, an organisation that works to nationally represent all second-level students.

"I feel passionately for our environment and I am excited to participate in the proceedings within the Youth Parliament, along with the other 156 delegates, and to play my role in bringing forth solutions to the climate emergency."

Áine added: "I'm involved in climate action because the government has failed to deliver on their promises in The Kyoto Protocol and Paris Agreement. Ireland is the 3rd highest carbon emitter per capita in the EU and nowhere near on ready for 2020 Paris targets.

"This lack of urgency and strategic planning will cost us all a lot more in the long-term than the apparent gains we have made in the short-term. My generation doesn't have a vote but we have a voice and we will use it to fight for the future we have to live in."

Pauline MacNamara Executive Producer, RTÉ on Climate - Youth Assembly said: “From almost 1,000 excellent applications the judges have drawn together an outstanding group of young people to convene the Youth Assembly on Climate. The 157 delegates announced today have shown remarkable commitment to climate action and creativity in their approach to finding solutions. We hope the public - and especially their schoolmates - will get behind them.”

RTÉ in association with the Houses of the Oireachtas, will host the Youth Assembly in recognition of the leadership of young people in highlighting climate issues and in the context of the centenary of the first Dáil.

The day will see the 157 young people from 10 to 17 years of age from across Ireland with strong views on how Ireland needs to address the climate crisis. This number reflects the current number of TDs in Dáil Éireann and proceedings on the day will be chaired by Ceann Comhairle Seán Ó Fearghaíl.

The delegates gathered from across Ireland will convene in Leinster House on Friday, November 15 to establish their urgent next steps for Ireland and present them to the nation live from the Dáil Chamber on RTÉ News Now and Oireachtas TV.

The Youth Assembly is a key part of RTÉ on Climate which will put a focus on the climate crisis across TV, radio and online and explore what this means for Ireland and potential solutions.

Also read: ISPCA appeals for information about an injured dog discovered tied to a gate near Lanesboro