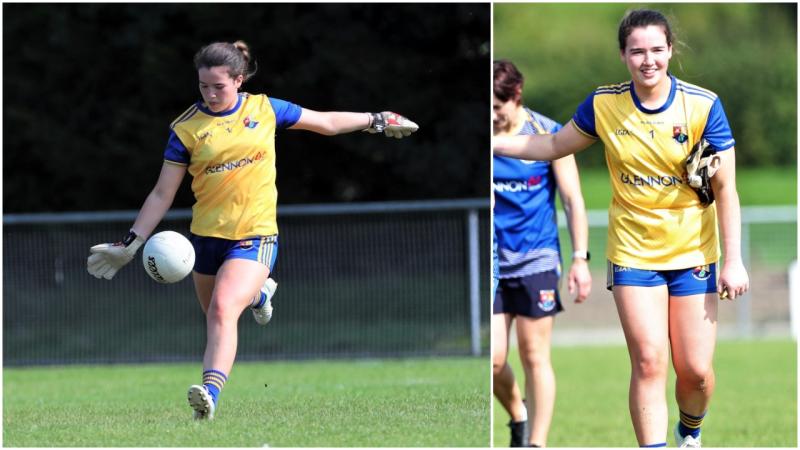 McGrath’s magnificent late save against Fermanagh in the TG4 All-Ireland Intermediate Relegation play-off Final helped to preserve Longford’s status in the grade – and it’s also earned her the Golden Glove award.

McGrath was one of five nominees for the prestigious individual honour, along with Meath’s Monica McGuirk, Louth’s Una Pearson, Tipperary’s Lauren Fitzpatrick and Fermanagh’s Shauna Murphy.

The winner was decided by public vote on the Ladies Gaelic Football Association website, with 3,347 votes received.

Of those, McGrath claimed 1,042 votes, clear of her nearest challenger, Fitzpatrick, who finished with 837 votes.

Riane will be presented with her award in the coming days by a representative of ZuCar, the LGFA’s Official Performance Partner.

Commenting on the award, Riane said said: “I’m thrilled and honoured to win the inaugural ZuCar Glove award, and also proud to accept it on behalf of my Longford teammates. It was an important save in an important game and I was pleased to play my part on the day in a very good overall team performance. I would like to thank everybody who voted for me and to ZuCar and the LGFA for an innovative award.”

Speaking on behalf of ZuCar, CEO Gavin Hydes said: “Huge congratulations to Riane for being the inaugural winner of the ZuCar Golden Glove award, and to all of the nominees.

“There were brilliant moments of goalkeeping in the top five and Riane’s save was crucial for Longford, as they will play Intermediate Championship Football again in 2022. The 2021 TG4 All-Ireland Championships were hugely exciting and we were also delighted to honour the leading scorer across the three grades, Carlow’s Clíodhna Ní Shé, with the Golden Boot award. Outstanding achievement by all, we are very proud to be the performance partner of the LGFA and we look forward to more superb inter-county football next year.”