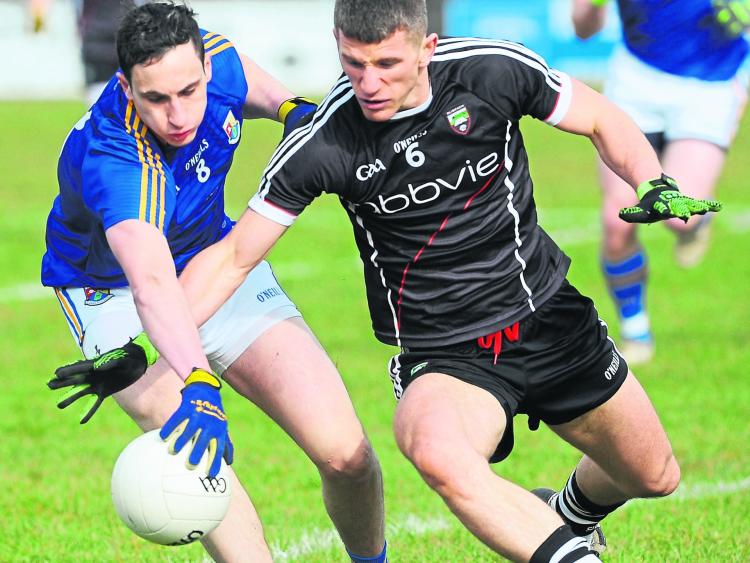 A strong second half performance this afternoon in Glennon Brothers Pearse Park saw Longford get the win they required to consolidate their position in Division 3 next year against an already relegated Sligo side.

At the interval, Longford trailed by 0-8 to 0-11, however, in the second half, boosted by goals from Darren Gallagher and sub Nigel Rabbitt, they comprehensively outscored their opponents by 2-7 to 0-3 and finished as relatively comfortable seven points winners, 2-15 to 0-14.

With nothing to lose Sligo took the game to Longford in the first half and held a three point lead at the break.

Padraic Davis’ Longford were a different proposition in the second half with midfielder Darren Gallagher instrumental in the win; scoring their first goal in the 38th minute.

Gallagher’s goal, which made it 1-9 to 0-11, gave Longford the lead for the first time since the opening minute. Substitute Nigel Rabbit plundered for the second goal in the 63rd minute to put six between the sides, 2-13 to 0-13.

Both sides ended the game with 14 men; Sligo’s Pat Hughes got a second yellow in the 38th minute while twenty minutes later Michael Quinn, already on a yellow card, got a black and thus received a red.

It was Quinn who opened the scoring inside the first minute. Sligo went ahead with points from Adrian Marren and Niall Murphy (free). It was tit for tat with Sligo keeping their noses in front. They went two ahead in the 18th minute with a point from a mark by Marren, 0-4 to 0-6.

Sligo were ahead four in the 29th minute, 0-6 to 0-10, with a fine score from Pat Hughes. Darren Quinn and Gallagher (free) replied with points for Longford before a great Murphy point gave Sligo a three point lead at the interval, 0-8 to 0-11.

Longford hit the front in the 38th minute when Gallagher found the back of the net from a tight angle and from there they were able to see out the game and claim a valuable two points.

Longford play Westmeath away in their final match and depending on results elsewhere, a win could see them sneak in and claim the runners-up spot in the division and promotion to Division 2. But for now, the team and management will be content that they are not under threat of relegation to the basement division, affording them the opportunity to play with a bit of freedom against Westmeath in the final round.