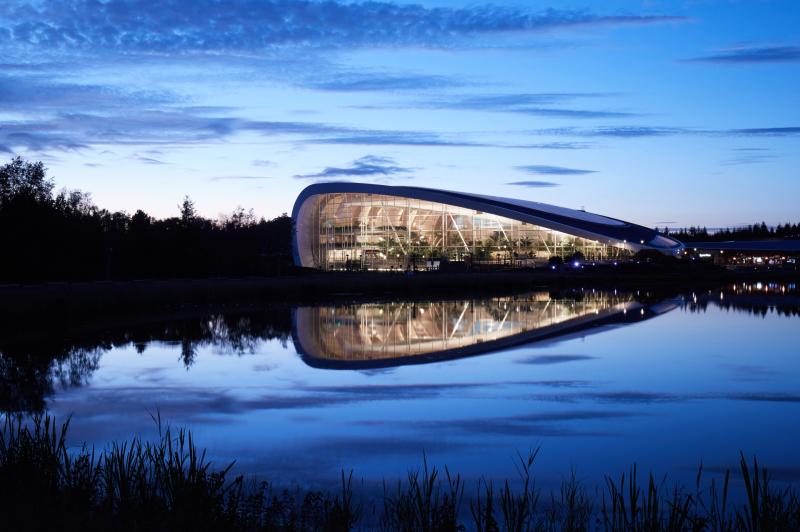 Longford is poised for another significant jobs boost courtesy of Center Parcs Longford Forest who have announced their intention to lodge a planning application for an €85m expansion of its forest holiday resort near Ballymahon in July of thisa year.

The investment will see the creation of 300 jobs during construction and 250 permanent jobs once operational.

The spin off for the local economy will be immense, with the use of local hospitality during construction and opportunities for local suppliers, consultants and contractors.

A Longford mother has spoken of her determination to ensure her brave 12-year-old son gets the life-changing treatment he needs while battling a rare, debilitating illness.

The new incoming principal of St Mel's College has revealed it was “the only job” he would have left his current position for.

The plans were unveiled during a Center Parcs Longford Forest Community Forum meeting on Monday night in Ballymahon.

The event was attended by Martin Dalby, the non-Executive Chairman of Center Parcs, who in his previous role as Center Parcs Chief Executive Officer, was responsible for overseeing the building and opening of the €233 million Center Parcs Longford Forest resort in 2019.

Occupancy at Center Parcs Longford Forest is currently more than 90% and of the 1,200 people working in the resort – 66% of hail from county Longford and a further 32% live in the bordering counties.

Center Parcs says that Longford Forest has the best customer satisfaction scores in the business and an increasing number of repeat guests, while Aqua Sana Longford Forest was recently named Irish Tatler’s Spa of the Year 2022.

Covid-19 did delay the expansion plans, with Center Parcs previously hoping to have the plans lodged with Longford County Council by the end of 2021.

The extension will see an extra 198 new holiday lodges developed at the site in Newcastle Woods, including four luxury treehouses, a six-bedroom woodland lodge and a new children’s lodge, the event this week was told.

Plans to bring 100 new homes to Edgeworthstown have been slammed as 'making absolutely no sense' barely two months after moves to construct a housing  development a fifth of its size was turned down.

All of the new lodges will be supplied with heating and hot water via a district heating system.

Also incorporated in the new plans are an extension of leisure and food & beverage facilities to accommodate more guests, a new coffee house and new restaurant, extension of the Subtropical Swimming Paradise and extension of Aqua Sana, including a new Treetop Sauna and additional treatment rooms.