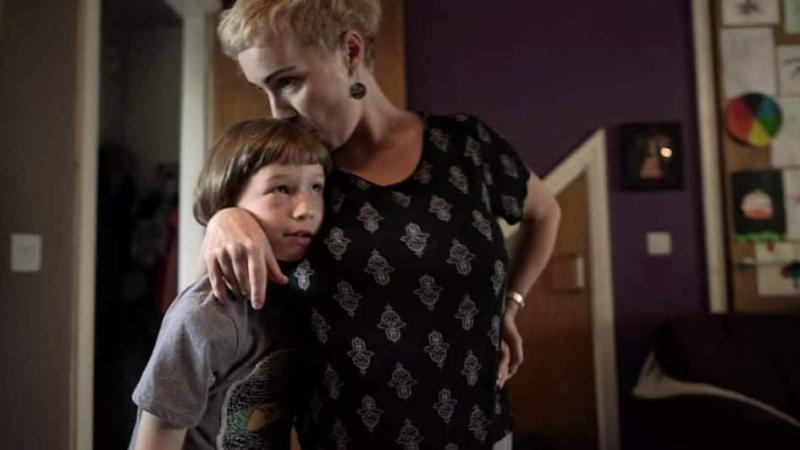 A Longford mother has spoken of her determination to ensure her brave 12-year-old son gets the life-changing treatment he needs while battling a rare, debilitating illness.

Courageous and much loved Jonatan Safiak is continuing to fight the onset of ataxia telangiectasia (AT), a rare genetic disorder neurodegenerative disorder that affects the nervous system, immune system, and other body systems.

The Pirates of the Caribbean enthusiast is hoping to be one of the first to take part in a clinical trial in Australia later this summer aimed at providing Jonatan with the best possible chance in living with the illness into the future.

Since he was a toddler, Jonatan has encountered problems with his balance and co-ordination and has been before umpeen specialists in a bid to get to the root of his ailments.

His mother, Aneta, told of her heartbreak when Jonatan’s diagnosis was confirmed three months ago after the St John’s NS pupil’s symptoms became steadily more noticeable around the start of Ireland’s Covid-19 pandemic in March 2020.

“I asked his medical team for an urgent review...and many months later that request was finally listened to and Jonatan was admitted to a hospital where a lot of things had been queried and a final diagnosis was confirmed in March this year,” she said.

Like any devoted mother would do, Aneta together with her husband, began researching about an illness for which there is no cure.

The family also set up a GoFundMe page in a bid to secure Jonatan’s place in international research and trial studies while also paving the way for more physio, occupational and speech therapies.

Children with AT are usually wheelchair-bound by the time they’re aged 10, struggling to breathe at 15 years old, and likely to die of cancer by the age of 25.

Aneta, who unintentionally became the centre of a media frenzy in 2019 when she confronted journalist Gemma O’Doherty in Longford for sharing a photo of Jonatan online, fought back tears as she told of her determination in ensuring her eldest child receives the best treatment possible.

“There is something about Jonatan that makes him really so special to many people and he is so very loved,” said an emotional sounding Aneta.

“I am trying to mange my expectation and not allow myself to be too hopeful but at the same time it has been more than 2 months after the diagnosis was confirmed to us and so far we only got one letter "you're on the waiting list to see a geneticist" not even an actual appointment, while my son is getting worse by an hour.

“It is clear to me I need to grab help where this help is or where there is at least a glimpse of it.”

Given the enormous strides and efforts Aneta and the wider Safiak family have made over the past number of months that help will, by the grace of God, come sooner rather than later.