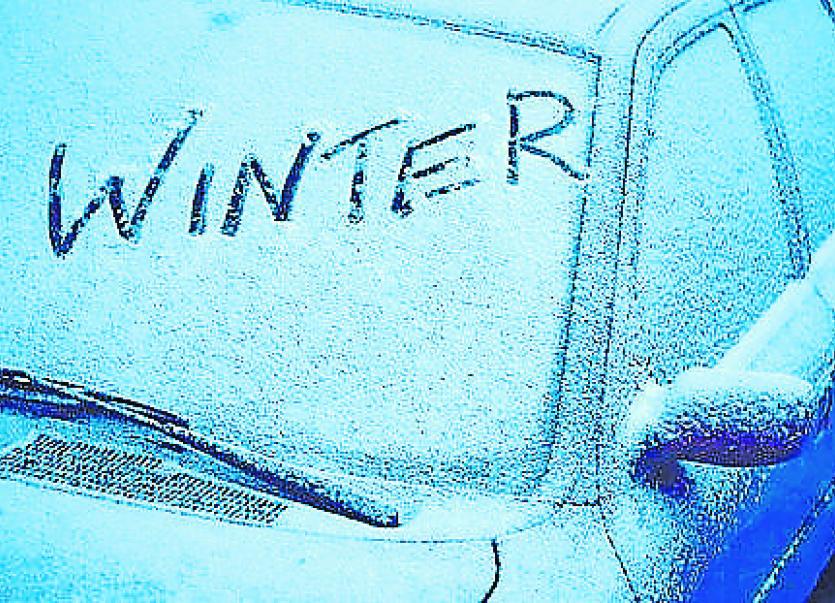 The weather forecast for Ireland for the coming week from Met Eireann is for the weather to be cold to end 2020 with frosty nights. There will be some wintry showers, however it will be reasonably dry away from Atlantic coastal counties.

The weather forecast for Ireland for Monday from Met Eireann is for it to be blustery with widespread showers of rain or hail, some wintry especially on higher ground. There is a risk of spot flooding where bands of showers develop. however, there will be intermittent brighter spells also. Highest temperatures of 4 to 7 degrees but feeling very cold in fresh to strong and gusty northwesterly winds.

Cold and blustery Monday night with clear periods and showers in places, some wintry on higher ground. Lowest temperatures of 0 to 3 degrees in moderate to fresh northwesterly winds and some frost in sheltered places.

The weather will be cold and breezy on Tuesday, with sunny spells and scattered showers, possibly wintry in some parts, but there will be good dry periods as well. Afternoon temperatures of just 4 to 6 degrees in fresh northwesterly winds.

According to Met Eireann, it will be cery cold and frosty on Tuesday night with scattered wintry showers continuing near coasts in the west and northwest, mostly dry elsewhere for a time with clear spells and icy stretches developing as temperatures fall to between -2 and +1 degrees. A spell of rain and sleet may well move into parts of the southwest and west late in the night, with some snow on high ground.

The weather forecast for Ireland for Wednesday from Met Eireann is for another cold day, but it is likely to be mostly dry in the north and east with some sunny spells at times. Rain and sleet in parts of the west and south will clear southwards in the afternoon and it will become mostly dry. Afternoon temperatures of 2 or 3 degrees in many places, but 5 to 7 degrees in the southwest.

Very cold and frosty on Wednesday night with some icy stretches. Many places will be dry and clear but scattered wintry showers are likely in northern counties and a scattering of showers will occur also near some western coasts, Overnight lows of -2 to + 2 degrees in light northwest winds.

Thursday, New Year's Eve, will continue cold, dry in many places with sunny spells, but there will be scattered showers in some northern and western coastal counties, some wintry on higher ground. Highs of just 3 to 6 degrees in light to moderate northwest winds. Cold and frosty again on Thursday night with lowest temperatures of -2 to +2 degrees and a few wintry showers in northern areas.

According to the latest weather forecast from Met Eireann, it will be cold on New Years' Day with light northerly breezes and most places will be dry with sunny spells but there will be some isolated showers in coastal areas, Afternoon temperatures of 3 to 6 degrees. Frosty overnight.